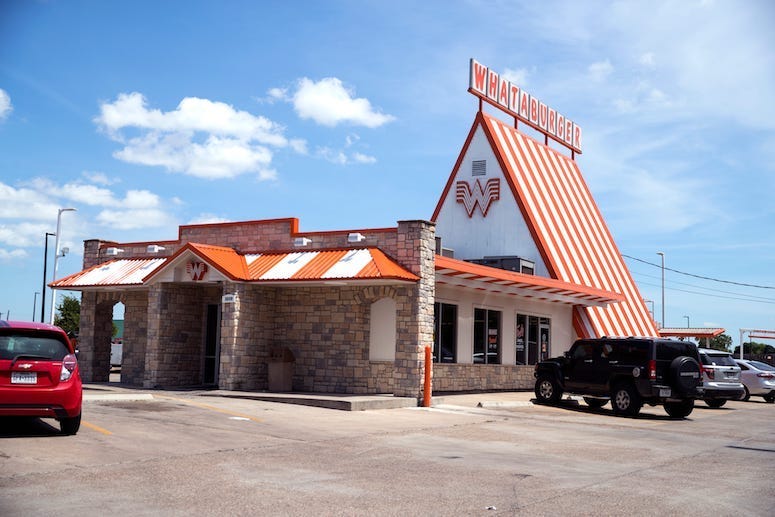 Photo credit (Photo by Rachel Denny Clow/Caller-Times)
By Miles In The Morning 98.7 KLUV

As we all know, you can order your Whataburger pretty much however way you’d like it.

Ethan Mueller of Allen decided he’d like his to include TEN patties!

Mueller’s attempt to eat the monstrous burger garnered more than 2 million views on the social media app TikTok, as friends, strangers, and employees of the Whataburger gathered around the 17-yearold as he tried to stuff down the decuple burger.

(Video starts about 25 minutes in)

Meuller’s friend Blake Reynolds said the teens ended up at the Whataburger following a youth group meeting.  Along with the burger, Meuller also ate an order of large fries, and TWO Dr. Peppers!

Though he was able to keep it down while eating, he did admit he “threw up a few times” afterwards.