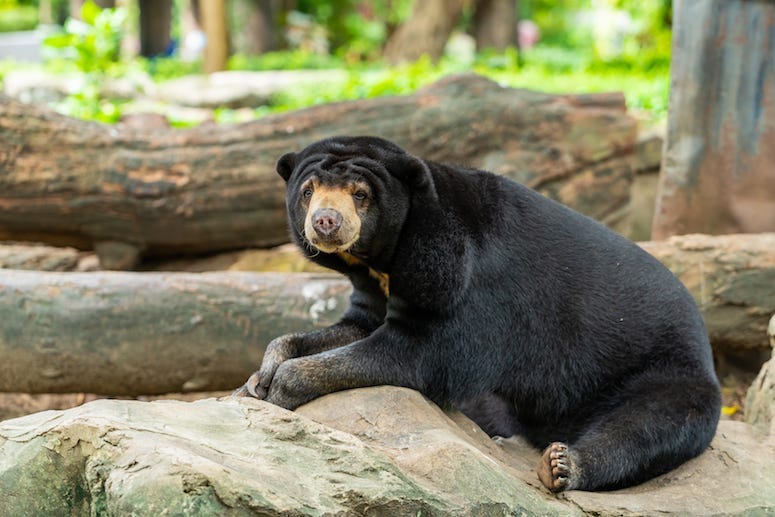 A woman in Malaysia happened upon what she thought was a dog on the side of the road.

Zarith Sofia Yasin, a singer, said she thought she found the animal in a weakened state, so she took it back to her condominium to care for and nurture it back to health.  It wasn’t until neighbors finally captured video of her new pet that the truth was revealed.

No, Zarith did not find a dog on the side of the road.  The woman found, brought home, and kept for two weeks, a sun bear.

In the dark, there may be a chance a bear could be confused for a dog, but in the light, we’re not buying it.  Plus, that bear looks huge!

After getting caught, Zarith changed her story, and said she was only keeping the bear temporarily before donating it to a nearby zoo.

The Department of Wildlife and National Parks Peninsular Malaysia didn’t buy that story either, and after raiding her condo, arrested Zarith for running a business of selling protected wildlife.