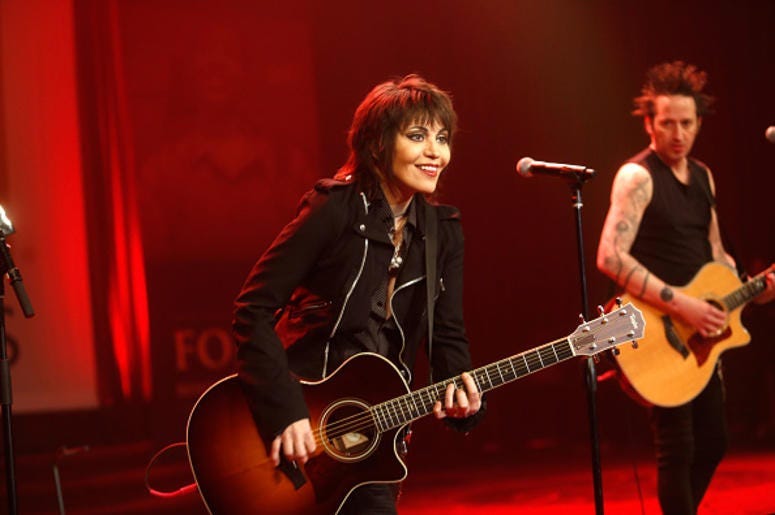 No one wants to hear their favorite song butchered in a bad cover version. While some songs are so great they can’t be touched, others have been made better when covered. Then, there are songs that no one realizes are covers. These are the songs that prove sometimes songs need to be redone.

Led Zeppelin is known for their blues influence, but many would be surprised to learn, one of their biggest hits is actually a cover of a psychedelic folk song from American Jake Holmes. ‘Dazed and Confused’ was first recorded by Holmes, but Jimmy Page heard the song and brought it to his band, The Yardbirds. When they disbanded in 1968, Page brought the song over the Led Zeppelin.

Another example of a cover version of a song becoming more popular than the original is Joan Jett’s ‘I Love Rock ‘N’ Roll.’ The song was originally written by The Arrows in 1975, before Jett made it famous in 1982. Joan Jett’s version is very different form the original, but most of the times, that’s what makes a cover song great.

There are plenty of other examples including; The Clash’s ‘I Fought The Law,’ Bowling For Soup’s ‘1985,’ Jimi Hendrix’s ‘Hey Joe,’ Nirvana’s ‘Love Buzz,’ and Black Sabbath’s ‘Evil Woman.’ While plenty of fans hate hearing their favorite bands covered, there continues to be plenty of examples of it working out for the band doing a cover.