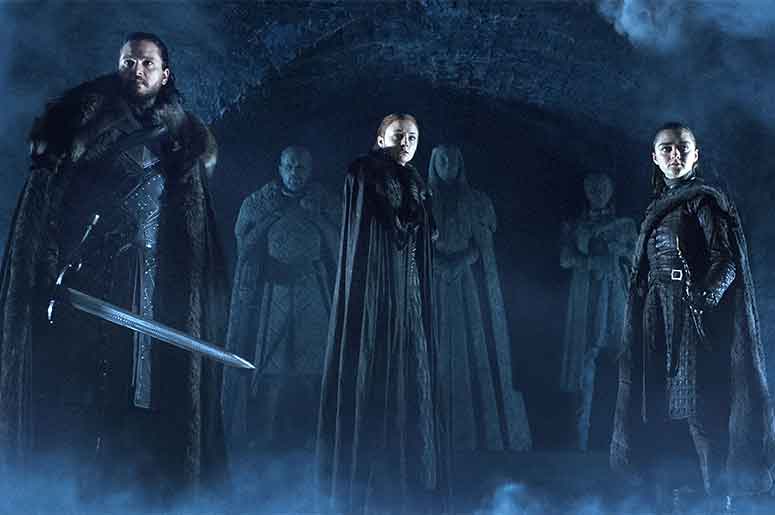 The new Game Of Thrones season 8 trailer hit the internet, and we could not be more excited!

"I know death. He's got many faces. I look forward to seeing this one," Arya Stark (Maisie Williams) says to open the new trailer that dropped on Tuesday morning.

The trailer shows images of Arya running down dark hallways, Sam, Varys, and Bran huddled for safety in an underground bunker, and Daenerys and Jon Snow on the Battlefield. The Trailer is setting up the Battle between the white walkers and man at Winterfell that the show has been building up for 7 seasons.

"I promise to fight for the living. I intend to keep that promise." Jamie Lannister (Nikolaj Coster-Waldau) says later as the trailer ends on army waiting on the battlefield as the Night King approaches.

The Battle for Winterfell is rumored to be one of the largest battles ever put on film possibly spanning an entire episode.

Game of Thrones returns for its final season on April 14th.