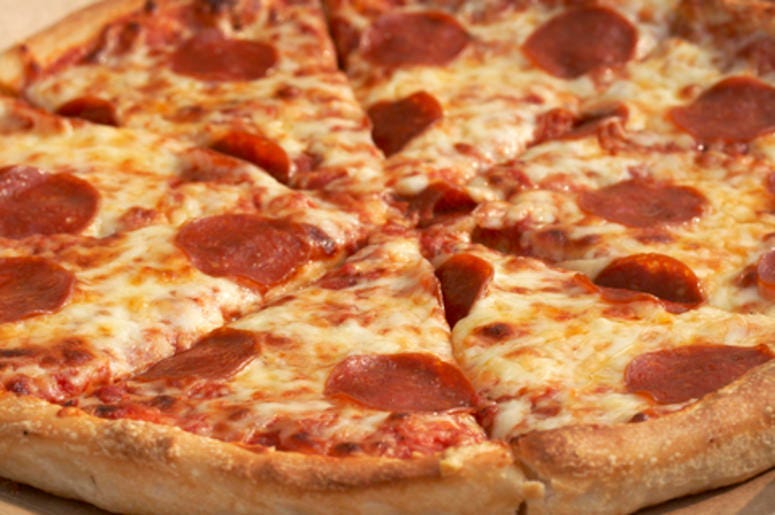 We have a cupcake ATM here in Dallas, and we’ve just seen the bacon ATM. Now we can officially say we’re living in the future, introducing the Pizza ATM.

Yes, a pizza ATM. You put money in and the machine dispenses a pizza of your choosing. This awesome machine first made its debut in Europe 14 years ago. Why are we just now getting them here in the States?

The Pizza ATM can hold up to 70 pies at a time, will only cost you $8 for a 10-inch pizza and takes less than five minutes to bake. Right now the toppings you can choose from are cheese and pepperoni, with more options coming soon. Not a bad deal especially if you’re a college student on a budget.

One of the first campuses to get a Pizza ATM is Ohio State University. According to Abby Hertzfeld, the associate director of operations for the Office of Student Life Dining Services at Ohio State, they’ve sold about 400 pizzas in their first week.

One student says the pizzas taste pretty good. “For coming out of a Pizza ATM and for only taking about three minutes it’s really good. There’s a decent bit of pepperoni on it. It’s about a perfect size if you’re trying to get it on the go.”

According to Alec Verlin, president of Paline, the French company that manufactures the Pizza ATMs, each machine costs $55,000 and can make as much as $90,000 a year.

Right now the other schools that have a Pizza ATM are Xavier University in Cincinnati, Ohio and Case Western Reserve University. The days of waiting in line to pick up a pizza could soon be over for good if Pizza ATMs were everywhere. Check out the video below of how the Pizza ATM works.