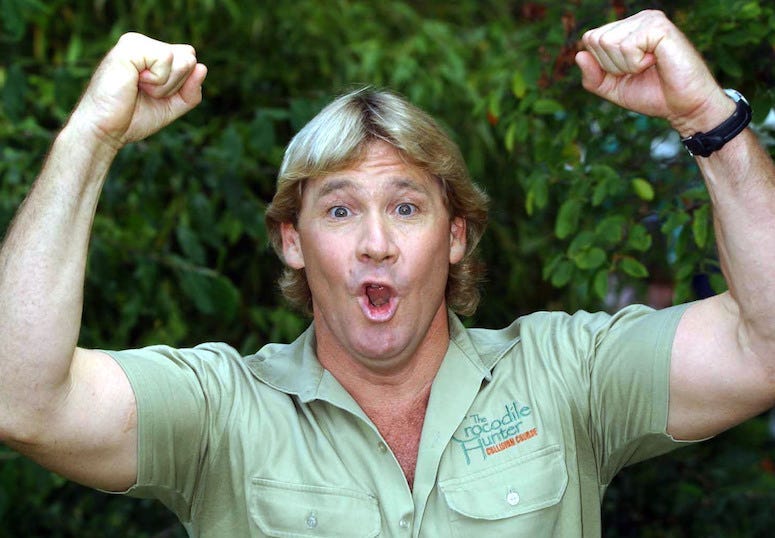 The legacy of Steve Irwin lives on through his family.

His wife Terri, and their children Bindi and Robert, all share the same passion for the care of animals as Steve did, and it's becoming almost eerie how much Bindi and Robert are their father's children.

Case in point, this amazing photo Robert, 15, recently shared on Instagram.  In the pic, Robert is carefully feeding a crocodile named Murray, which isn't exactly a great feat for an Irwin.  However, what makes the photo incredible is that Steve took care of Murray as well, and 15 years ago, fed Murray in the exact same manner, and the exact same location as Robert just did!

Steve tragically passed away in 2006 at the age of 44.  Terri, Bindi, and Robert continue to care for more than 1,200 animals at the Australia Zoo.