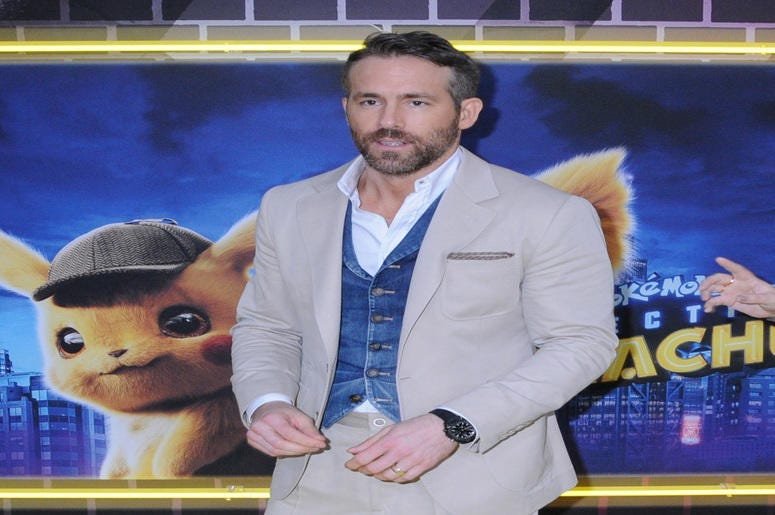 Ryan Reynolds has a very interesting way of promoting his gin company. The actor posted a hilarious Amazon review of his company, Aviation American Gin, to his Instagram page. However, the message turned out to be fake, and penned by Reynolds himself, as pointed out by the actor’s own mother.

I loved this review of Aviation Gin someone sent me after I wrote it.

The Amazon review, posted under the handle, Champ Nightengale, said he both “loved” and “hated” the gin. While the review starts out positive, it quickly turns into a story of a night gone horribly wrong. In his fake Amazon review, Reynolds wrote, “When I woke up the next day, I mentioned to my wife Linda that last night must have been a REAL blowout because I slept in my clothes. Even my shoes!”

It only got worse from there, as Reynolds would end his message by saying, “it's important to note, until that morning, I'd never met anyone named Linda." The actor captioned the photo saying ““I loved this review of Aviation Gin someone sent me after I wrote it.” Of course, this bit of trickery was no match for Reynold’s mother, who commented on the picture, “Ahhhh.... yes... I thought I heard my son’s voice in that narrative!!”

While the Amazon review of Aviation American Gin may have been faked by Reynolds, it still entertained many on social media, and helped promote his gin company. The actor may have a few more tricks up his sleeve, but he still can’t get one past his mother.