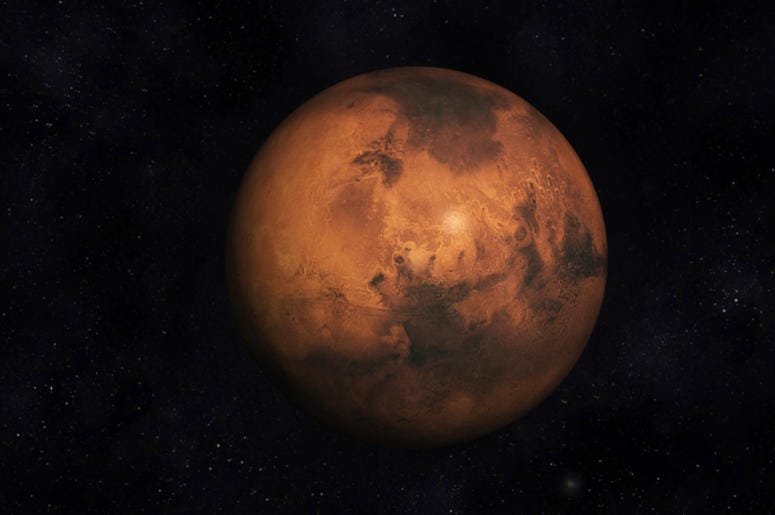 The Mars rover might have called it quits, but that doesn’t mean we aren’t taking pictures of Earths closet neighbor.

NASA’s Mars Reconnaissance Orbiter (MRO) is a satellite that has been exploring Mars from orbit since 2006. On Wednesday the team from the University of Arizona released one of the many photos taken by The MRO HiRise camera.

One of the pictures taken looks oddly familiar and resembles that of the Starfleet logo from Star Trek.

Enterprising viewers will make the discovery that these features look conspicuously like a famous logo.

As cool as it looks the Martians probably haven’t seen Star Trek. According to the MRO HiRise team, these are just dunes.

“Long ago, there were large crescent-shaped (barchan) dunes that moved across this area, and at some point, there was an eruption. The lava flowed out over the plain and around the dunes, but not over them. The lava solidified, but these dunes still stuck up like islands. However, they were still just dunes, and the wind continued to blow. Eventually, the sand piles that were the dunes migrated away, leaving these ‘footprints’ in the lava plain.”

Call it what you will, it still looks like the Starfleet logo.