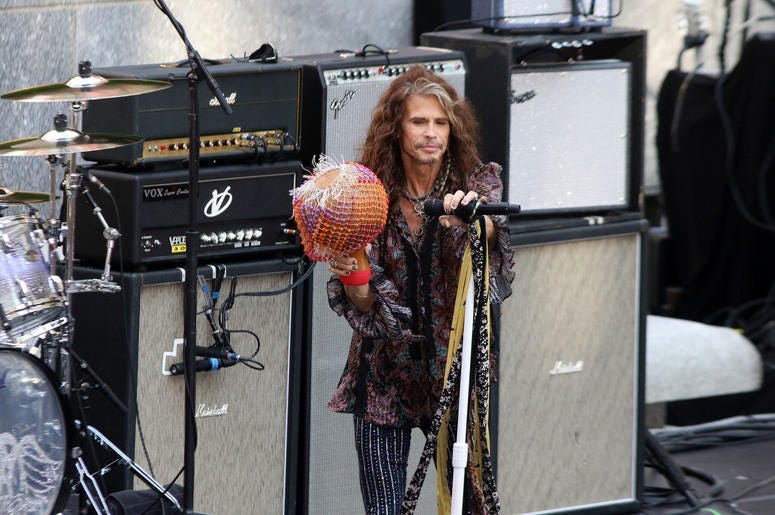 Anyone that’s been to a concert has probably been told they were a part of the best crowd ever. Most performers will shout this out to a crowd to get them excited, but there’s no way it can be true. Aerosmith’s Steven Tyler proved this recently by letting his crowd know they weren’t good enough.

Aerosmith was performing at the Twin Cities Summer Jam at Canterbury Park in Minnesota recently, and according to reports Steven Tyler was frustrated before the show even started. He reportedly threatened to cancel their performance, and when he got on stage his mood didn’t get any better. Apparently Tyler yelled to the crowd “Worst (bleeping) crowd in the last 10 year.”

Tyler got upset when the crowd failed to sing the chorus to ‘What It Takes,’ but apparently got it on the second time around. Despite the crowd incident, Aerosmith’s 90 minute set is said to be the highlight of the concert. The summer jam included performances by Rascal Flatts, REO Speedwagon, Pitbull and Tim McGraw, but none of those could top Steven Tyler getting mad at his own crowd.