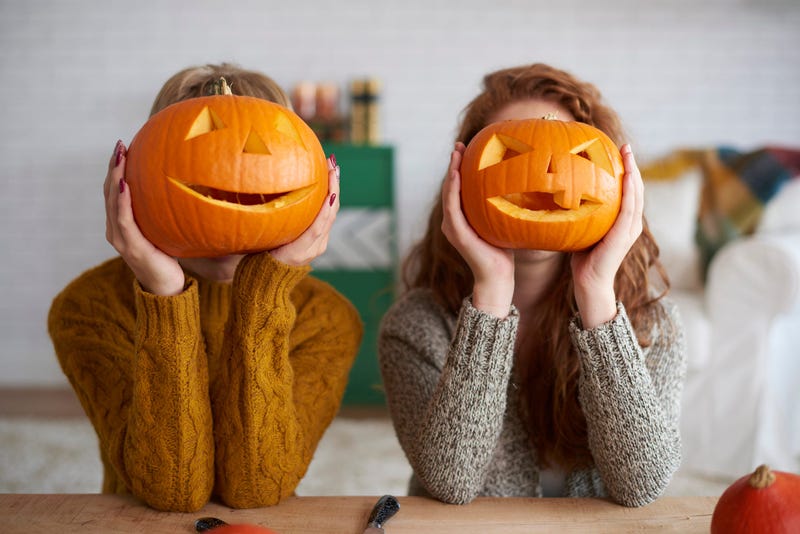 I take Halloween pretty seriously. Aside from Labor Day*, it's probably my favorite holiday. (*It wins by default because you don't have to work, host a party, leave the house, etc.)

As I was scrolling through our stock image site yesterday looking for a specific photo that conveyed the message of fun, wild, alcohol-doused debauchery, I instead discovered these pictures. Let's just say, they're um... tame. And totally staged. And if you ever dragged me to an event like this, we would have to break up. Into the haunted house, we go...

10) This trio looks like they would take adorable pix for the 'gram, but they're posing with a credit card and tablet of some sort. Why are you shopping at a party? The middle girl is pretty, but she's not even wearing a costume. She just has cool make-up. I demand more effort at these get-togethers. Also, those drinks look more like shots than something that should be served in a martini glass. 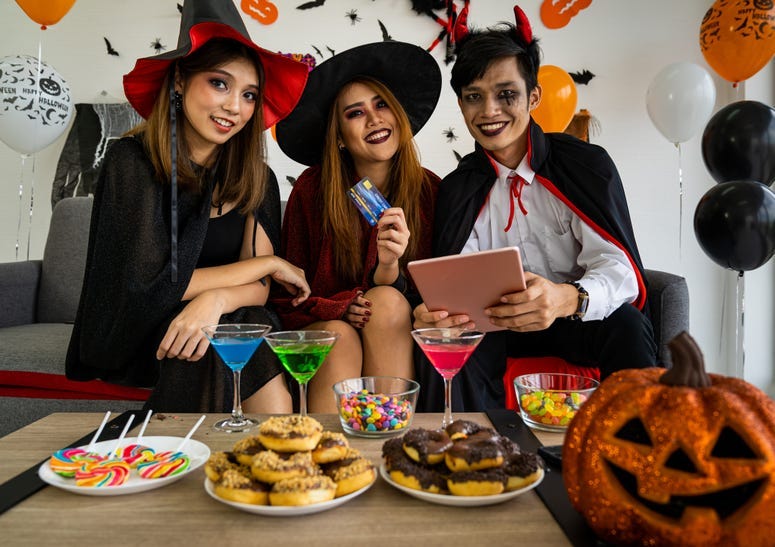 9) I get it. JOKER is going to be a huge look this year, but part of his creepiness was the long, scraggly hair and unkempt attire. This dude just looks like he's gonna open that box and try to entertain us with dollar-store magic tricks. No thanks. 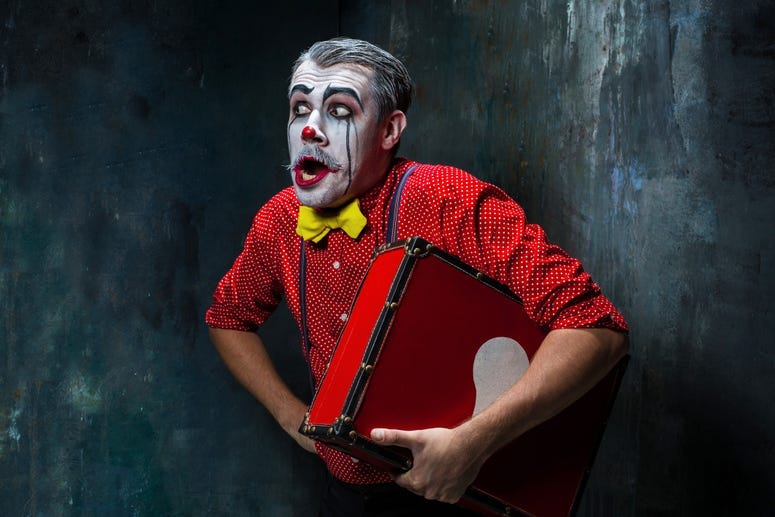 8) I have so many questions about this one. How scary is a witch who just wears a yellow t-shirt? Why does the pirate have a handgun... Shouldn't it be a knife of somesort? I can't tell what a white button-up, skull-and-crossbones necklace, white lipstick, and red horns is supposed to be. Most importantly, where are the BOOze? 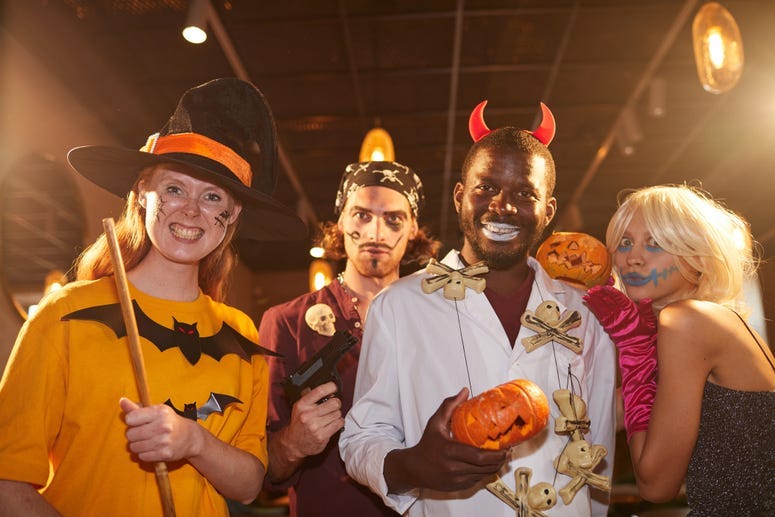 7) The middle witch looks so disinterested that I can't even concentrate on the boy licking a heart-shaped lollipop enough to come up with a sassy comment. 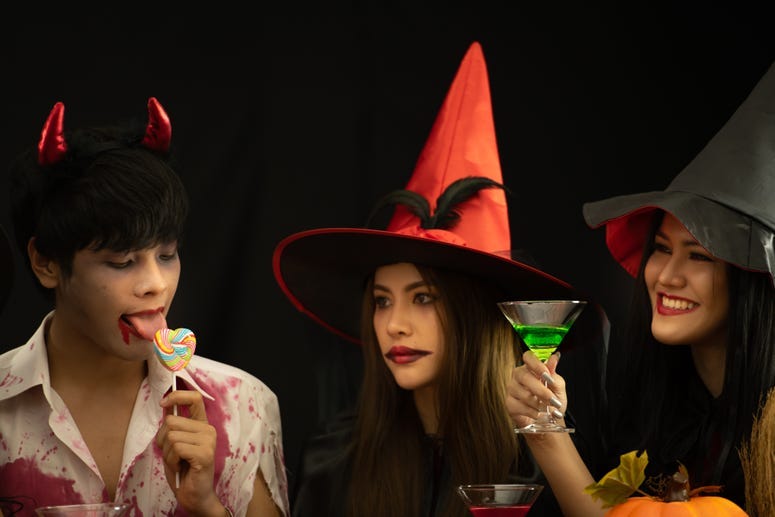 6) Why is this mummyninja doing the robot. Clearly an identity crisis. And you can just tell there's no music playing because everyone is uncomfortable af. 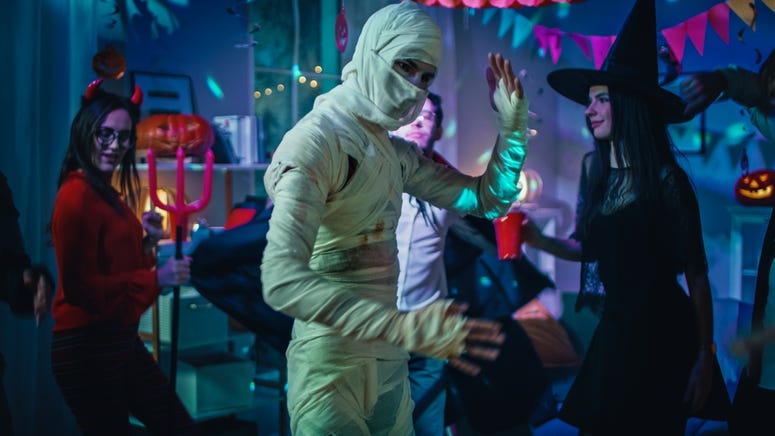 5) The only thing worse than their horrible acting skills are the garbage Halloween decorations hanging flat on the wall. 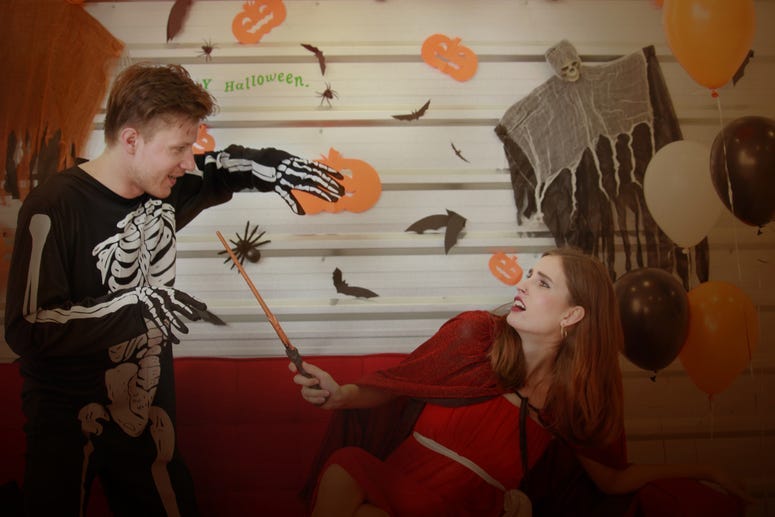 4) Not sure what he's supposed to be, but I don't wanna be within 500 yards of this guy. He looks super-annoying, but he thinks he's funny so he wants to tell you three hours worth of weak stories about his computer job and how he owns an authentic light sabre (still.in the original packaging).

3) These people have obviously never met. What sort of hand pose is she doing with her left paw? And the guy's only wearing a cape. Is he Dracula? Is he a superhero? Is he Phantom of the Opera? I'm so confused. 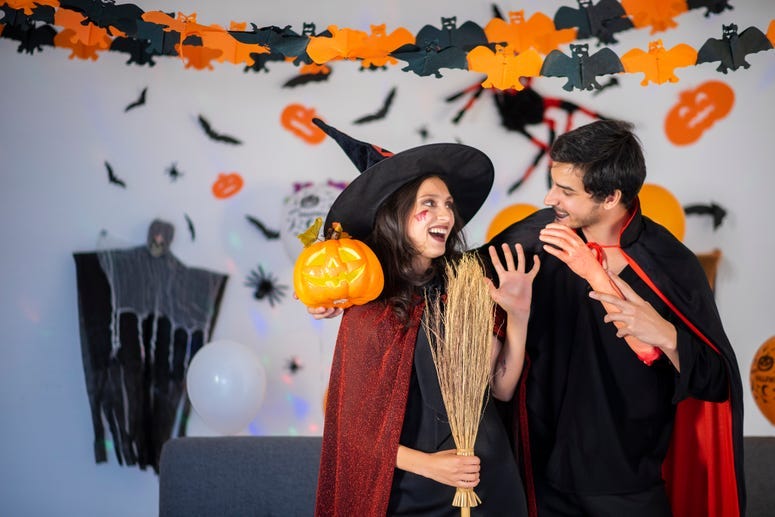 2) NOTHING about this picture looks fun. Is there an opposite of FOMO because I have that right now. First of all, they're kicking it in a barn sans food, drinks, animals, or anything else that might spice this snoozefest up. Wearing cat ears with your regular day-to-day clothes does not a costume make. Neither does a top hat, coattails, and friggin' blue jeans. At least draw on a curlicue mustache or something. Fourth, what is stripey shirt, sailor hat, pipeman supposed to be? Popeye? And the girl in an oversised white t-shirt with jeans and piggy tails. Is she a Walk of Shame? If so, that's kinda genius. Otherwise, it looks like this crew just raided a lost & found bin. 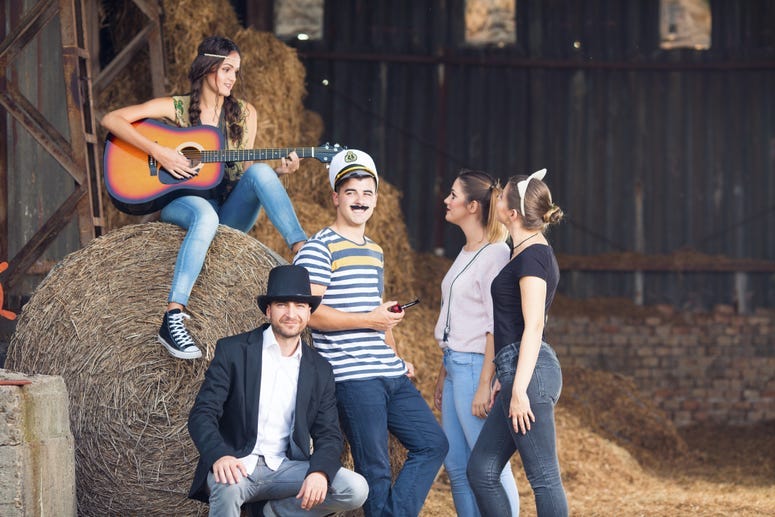 1) This guy actually knows he's rockin' the #1 most unsexy costume. That's why he's holding up the one finger. If I was him, I would bite myself and just get it over with. 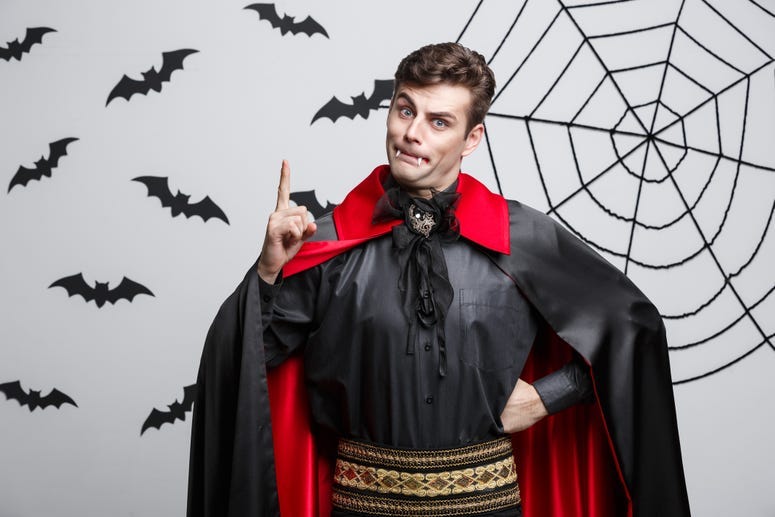