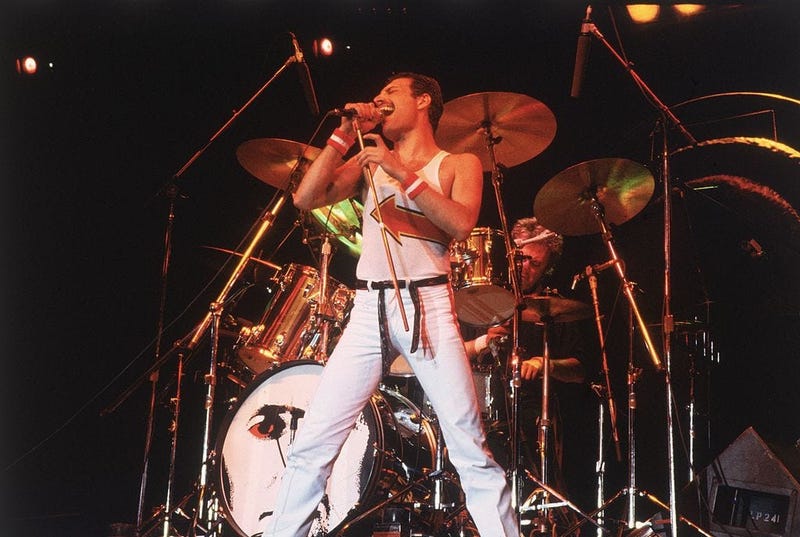 If your go-to karaoke song is anything by Queen, this is the perfect app for you!

It's called Freddie Meter, and it measures how well you can perform when you go head-to-head with Freddie Mercury himself. Partnered with YouTube, the website allows you to choose from the following four songs: "Don't Stop Me Now", "We Are the Champions", "Bohemian Rhapsody", and "Somebody to Love". Then it rates your pitch, melody, and timbre. Naturally, I used my favorite cover of "We Are the Champions" which was when Dirk Nowitzki sang it at the 2011 NBA Championship parade in Victory Park.

The Tall Baller from the G only scored a 42%, but I'm convinced my personal score would be even lower. The only thing better would be is if he got a '41'! 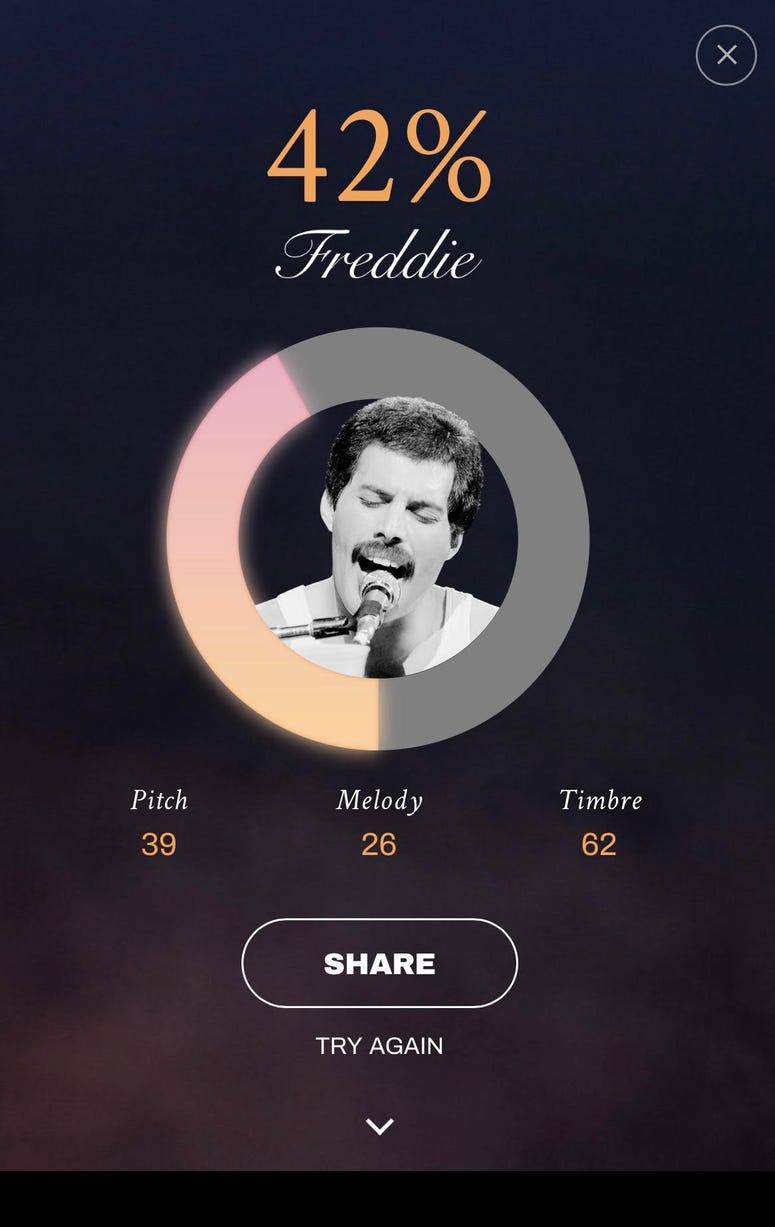