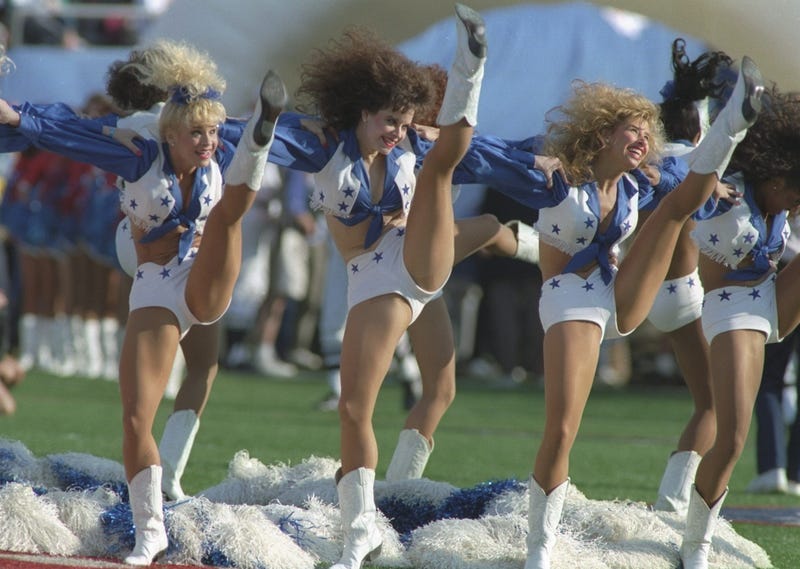 From the press release:

On this date in history, January 28, 1960, Clint Murchison Jr. was awarded a National Football League expansion team at the League’s annual meeting in Miami Beach, Florida. As the newly minted franchise was approved, the Dallas Cowboys were born and became the NFL’s 13th team. The anniversary of that milestone, exactly 60 years ago today, marks the beginning of a year-long celebration, in 2020, of the organization’s rich and storied history.

The Cowboys were designated as a “swing” team for the 1960 season as they played all 12 of the other NFL teams one time. Dallas’ results of a 0-11-1 record were listed in the Western Conference standings. Head coach Tom Landry’s first team lost the first 10 games in club history before registering a 31-31 tie against the New York Giants in the second to last game of the year. The following year, the Minnesota Vikings were added to the NFL, and the Cowboys found a permanent home in the Eastern Conference while the Vikings joined the Western Conference as the league’s 14th team.

Throughout 2020, the club will be introducing special events, recognitions and announcements to commemorate the 60th year anniversary. Among those is the selection of the top-60 players in team history. The team will also be introducing original digital content that will feature significant historical moments and events throughout club history on all of its social media and related platforms.

This is a photo of the Cowboys' initial leadership group (from left to right: Tex Schramm, Bedford Wynne, Clint W. Murchison, Jr. and Tom Landry), pictured in front of the team’s first administrative offices on North Central Expressway. 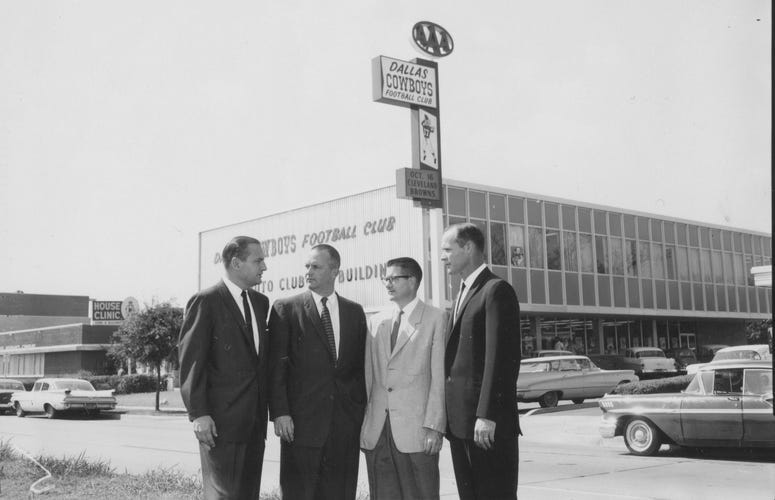 This is the Dallas Cowboys official 60th Anniversary logo that will be used throughout the year-long celebration. 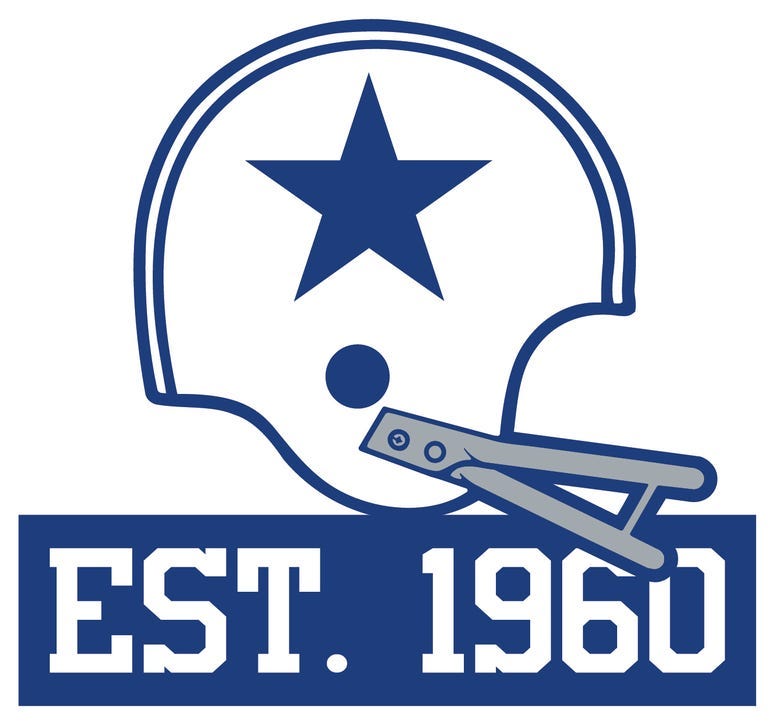 Other Significant Dates from 1960:

Event announcements to come. In the meantime, enjoy this video from Cowboys' alumni.