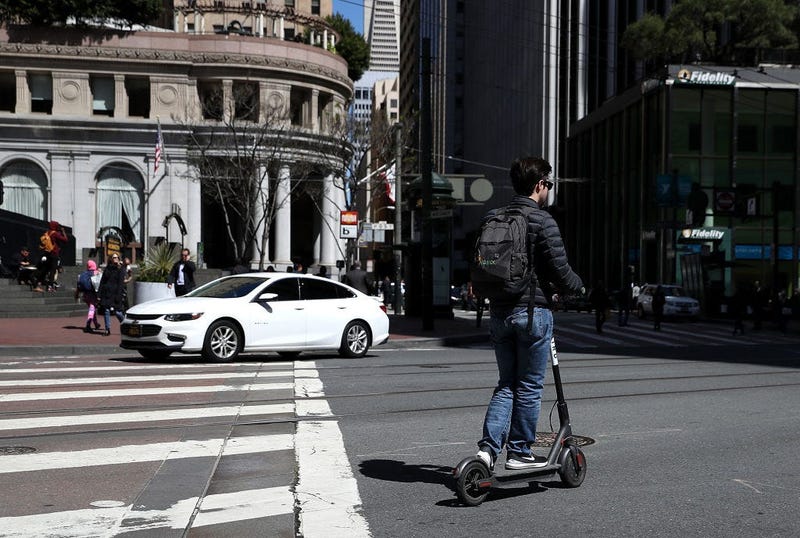 Just when you think you've seen it all, the internet comes through again.

This morning, a driver named Josh Weatherl captured what might be the craziest video you see today. According to Weatherl's dash cam footage, it appeared to be 8:54am, which as any North Texan knows, is still morning rush hour. As Josh is heading northbound on Interstate 35 East near American Airlines Center, he spots a fellow motorist... on a scooter... on the freeway!

The  two-wheeler was in the far left lane on an electric scooter. He's wearing sunglasses, a backpack, wireless headphones-- and no helmet. As he slowly glides into the right lane, Weatherl can be heard yelling, "Bro! What are you doing?" He notes that the speed limit is 70 mph, as the average Bird Scooter tops out at 18 mph. Luckily, the other commuters seemed to yield to Bird Bro, as he makes his way toward the exit.

I know you're not supposed to ride E-scoots on sidewalks, but I feel like the highway is a big jump. We need to find #BirdBro and get this man a helmet.