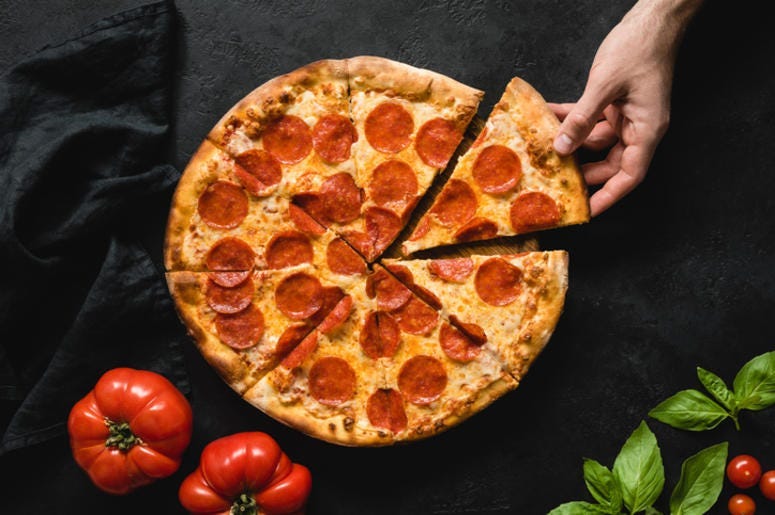 No matter the situation, any time is a good time for pizza. When 18 year old, Cole Favro, got hungry over the weekend, he decided to send out for a treat. Only problem was Cole was in the hospital, so he had to get creative.

No one enjoys being in the hospital, but small acts of kindness can make a difference in the overall experience. See how Cole Favro's stay at @URMed_GCH turned around thanks to a 🍕 delivery. https://t.co/2qOFzxIheM

Cole Favro spends a lot of time at Golisano Children’s hospital in New York, due to his cystic fibrosis. He visits the hospital every two weeks for treatment, however due to his age, he’s about to be transferred to another hospital. That’s why on Friday, he decided to send out a note hoping to gets some pizzas sent to the hospital for a pizza party.

I am hanging out with this awesome kid at @URMed_GCH. Cole is 18 and moving to the adult hospital. He asked for pizza by painting his room window. He got ALOT of pizza! 2 sheets last night. 3 sheets this morning. 10 larges since I have been here. 5 more sheets coming @SPECNewsROC pic.twitter.com/8fzGUWzf5w

In block letters, Cole wrote on the window, “SEND PIZZA 8 SOUTH RM 14.” To his surprise pizzas started flowing in. The first came within hours, and by the end of the weekend over a dozen pizzas had been sent to the hospital.

While many believed this was just a young man’s plea to get some delicious pizza to the hospital, it was later revealed Cole had done this as a way to thank the nurses and hospital staff, along with giving something special to the other patients. Cole Favro found a truly special way to spend his final visit to the hospital.