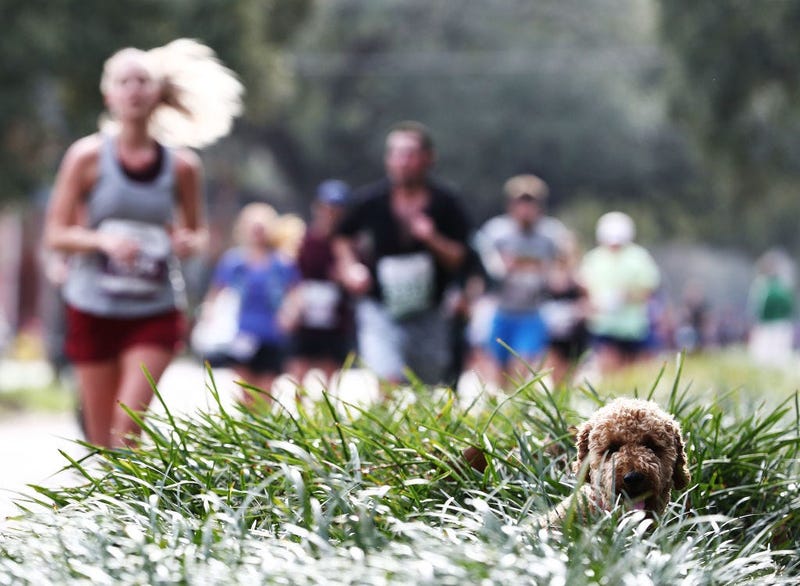 Dan Wehunt may not be a household name, and that's ok. His dog Odess, however, needs to be. They ran in this year's Dog Mile World Championship and broke a world record for the fastest mile. Odess is a German Shorthaired Pointer, who's 4 years old. They (together) almost ran a sub-4:00 mile.

Here's a video right before they took on the competition: