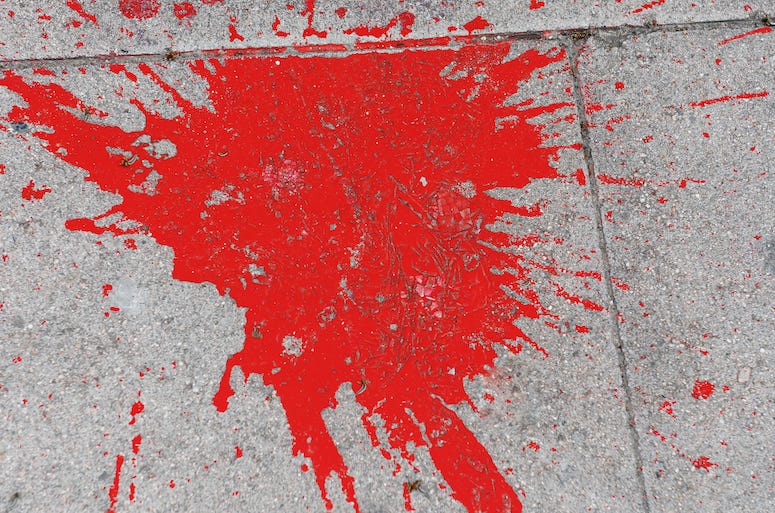 A home in East Dallas has drawn the ire of some of his neighbors, and even with the Dallas Police Department, thanks to his highly realistic Halloween decorations.

Artist Steven Novak went all out this year with multiple fake dummies and GALLONS of fake blood in a realistic and gory murder scene. He told the Dallas Observer, "I’ve always been up to hijinks like flying ghosts or 7-foot tall snow sculptures of myself, so if I was gonna do Halloween, it was obvious that it should be hyperreal. No lights, fog machine, or camp … something that would really freak people out walking by in the dark. So I whipped up some dummies and slung 20 gallons of blood all over."

And the decorations are so real, Novak has received SEVERAL visits from the Dallas PD!

Despite the visits from the police, and complaints from some neighbors, Novak has no desire to clean up his decorations, and even wants MORE fake blood. He says, "Honestly, though, I think I could’ve used more. [My plans] were way worse on paper. Next year though!"