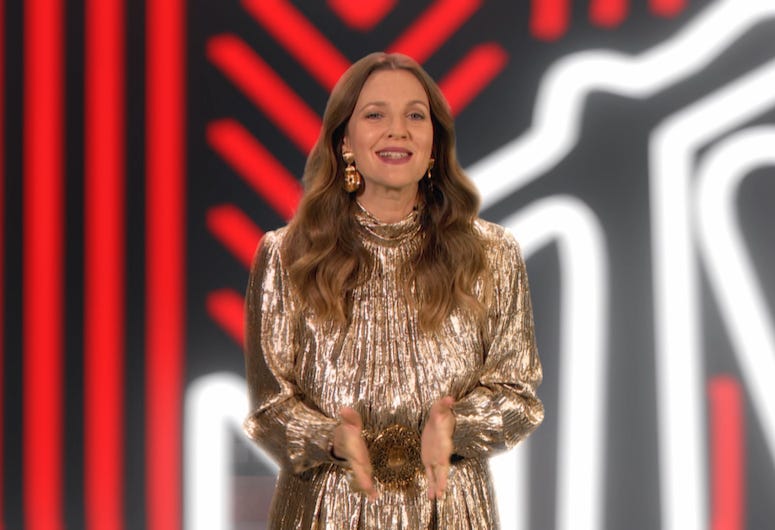 On a recent episode of The Drew Barrymore Show, host Drew Barrymore helped a couple stage a wedding after their original plans were put on hold due to the Coronavirus pandemic.

Unfortunately, Barrymore is drawing a ton of criticism because of the potential way this couple met.

In the video package, "Selina" and "Dan" said they met "several years ago in school through mutual friends." With Selina being 24 now, that means she was 17 when she and Dan first met.

Well a ton of folks came out and revealed the "real" story, according to them, that Dan was actually Selina's TEACHER, and they did meet in school, when Selina was her student.

Some of the comments on the Youtube video read, "It would be a great story if it was actually true. They met 'in school' because she was his student. The mutual friends was the physics class he taught." Another, "I just hope he's more observant of his marriage vows than he was of the law when he started dating her."

So far, no proof has been provided of the information presented, and people have only been basing their opinions on a series of comments on Youtube.

So far, there has been no word from Drew, her show, or "Selina" and "Dan."