The FDA is updating a warning for pregnant women and the use of over-the-counter pain relievers.

In a new guidance, painkillers like Advil and Aleve should be avoided by pregnant women in the last four months of the pregnancy.

The previous warning stated they should be avoided in the last three months.

According to the FDA, the use of nonsteroidal anti-inflammatory drugs (NSAIDs) by pregnant women around 20 weeks or later could cause “rare but serious kidney problems in the unborn baby,” that can lead to low levels of amniotic fluid causing a potential for complications.

These pain killers, which work by blocking the production of certain chemicals in the body that cause inflammation, include aspirin, ibuprofen, naproxen, diclofenac and celecoxib.

“It is important that women understand the benefits and risks of the medications they may take over the course of their pregnancy,” said Patrizia Cavazzoni, M.D., acting director of FDA’s Center for Drug Evaluation and Research. “To this end, the agency is using its regulatory authority to inform women and their health care providers about the risks if NSAIDs are used after around 20 weeks of pregnancy and beyond.” 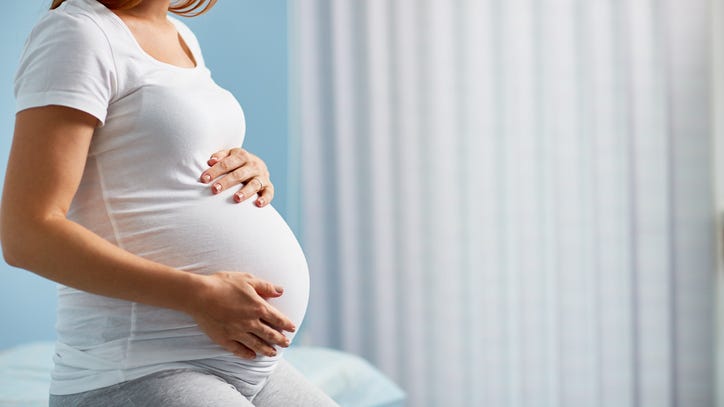 Pregnant women with coronavirus may be at greater risk for premature births: CDC

The FDA said it plans to update labels on pain relievers to indicate women should refrain from using them in the last four months of pregnancy.

"In obstetrics, we have known that there should be caution when using these medications in pregnancy for decades," said Dr. Jennifer Ashton, a board-certified OBGYN and ABC News chief medical correspondent. "This is really an FDA awareness alert for pregnant women themselves and other healthcare professionals."

Pregnant women who want to use something safe for pain or fever should turn to Tylenol, an acetaminophen that’s deemed “generally safe," according to Ashton.

“Other than that you absolutely want to check with your obstetrician or midwife,” she advised.