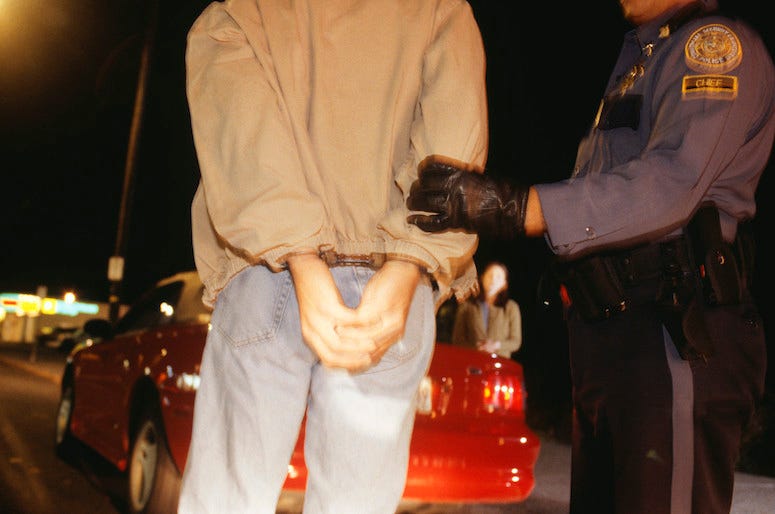 A couple in Oklahoma first met on a dating app earlier this week and decided to meet in person.

Brandon Hembree of Tulsa, Oklahoma met the lovely woman this past Wednesday, but before their date could really go anywhere, the familiar red and blue flashing lights of a police car lit up behind Hembree's truck.

Hembree was determined the date would go on however, because as soon as the cop pulled up behind him, he SPED OFF! Yes, with his date right next to him in the passenger's seat.

Eventually the police caught up to Hembree, and he was promptly arrested. Luckily for his date, she was let go.

BREAKING OVERNIGHT: A man wanted out of Tahlequah was arrested after leading police on a chase during his first date with a woman. https://t.co/16kzYf8qT3

Not only did Hembree have an outstanding warrant for five traffic and drug cases, he now faces new charges of eluding after a formal conviction, obstructing an officer, possession of marijuana, and failing to stop at a stop sign charges.

There will not be a second date.