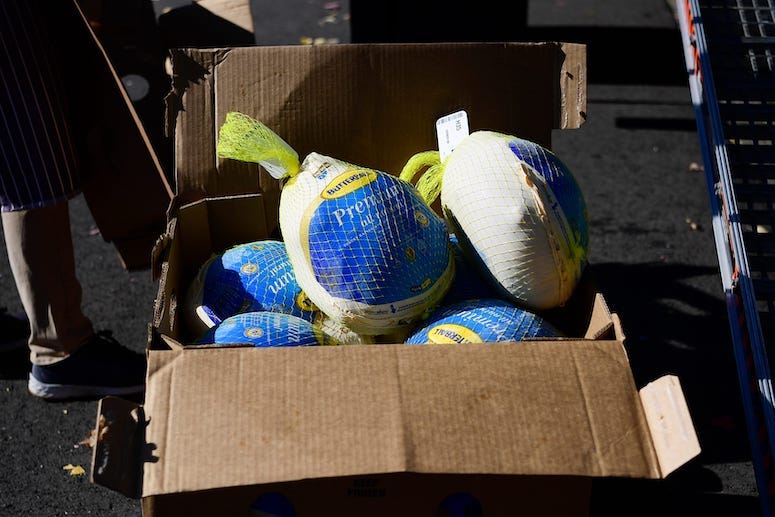 A Milwaukee man called the police early last week with a report that someone had stolen a tire right out from under his vehicle.

The man was getting ready to leave for work last Monday when he noticed the missing tire. In its place, propping up the vehicle, was a frozen turkey. The man told Fox 6, "I’ve never seen anything like this before," the man said. "I heard of people putting bricks, but I’ve never heard of a turkey underneath. I hope you enjoy that tire because you could have gave that turkey to somebody who really needed it."

The man filed a police report, and says it will cost him $600 to get his car fixed. Police are currently looking for the suspect.