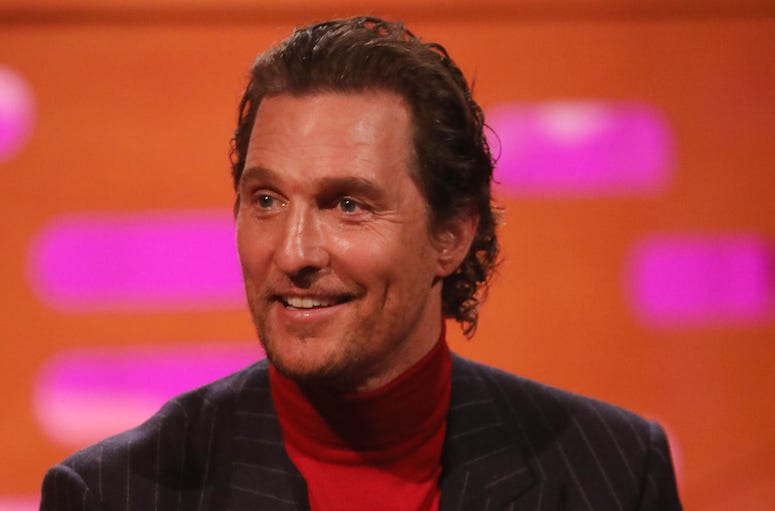 Matthew McConaughey has in the past entertained the idea of running for governor of Texas, but now it appears the Academy Award-winner has his sights set on a new career path: professional wrestling.

McConaughey teases as much to Maria Menounos while appearing on her podcast Better Together. When asked if he could venture into the world of professional wrestling, McConaughey coyly responded, "I'll say not too much 'cause as you know, can't say too much about these things. But it is something that interests me."

McConaughey is an avid wrestling fan, and was even spotted in the virtual crowd during a WWE event.

McConaughey's children also share their father's passion for wrestling. McConaughey explained to Menounos, "I love the suspension and disbelief, 'cause my kids and I watch it, and they're starting to get that when they go, 'Oh this is fake.' I'm going, 'What are you talking about? No way!' Because I won't give them the wink yet, but they're starting to get that in there, there's a bit of one, ya know? Two of them are like, 'this isn't fake, it's real!'"