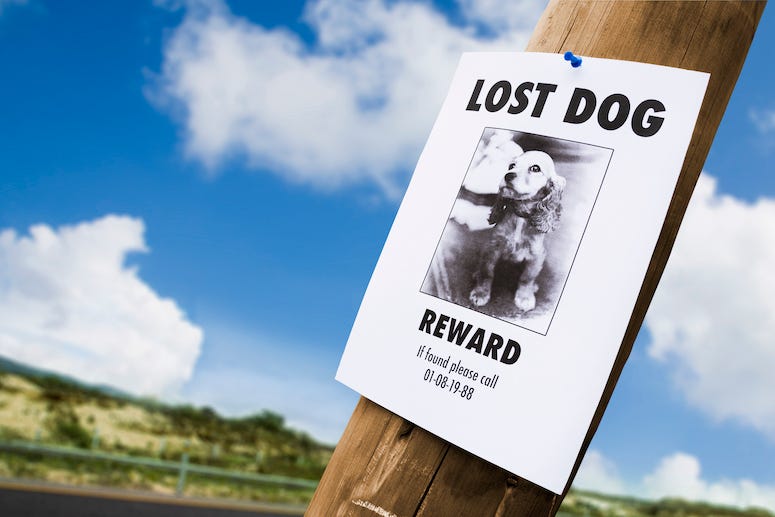 Bonnie McCririe-Hale is a licensed private investigator from Grapevine with a very specific speciality: she helps people reunite with their missing pets.

Along with her trained search dogs, Idabel, Kaio and Buck, McCririe-Hale's work extends from the DFW area out to Houston, Austin, Oklahoma City, and Baton Rouge. She helps pet owners find their missing babies through her company, Texas Pet Detectives Association.

Here's the short story: Buddy, a young cat, had been missing for 3 days. Unfortunately, he was unwell when he went...

McCririe-Hale got into the pet detective business following an incident when a couple visiting from St. Louis had their car, and their dog, stolen. McCririe-Hale called to offer to help telling the couple, “I don’t have your dog, but I have a car. I could drive you around to shelters. I could do something."

McCririe-Hale organized a group of volunteers to help find the animal, and after the couple hired someone to bring in a tracking dog for the search, she grew intrigued. She said, "I was running along with the tracking dog and doing a little math in my head of how much she made vs. how much I made, and she looked like she was having a lot more fun with her dog. I thought, ‘I’m gonna try this, I’m gonna figure out how you learn how to do this.'"

‘The perfect layer of support:’ How a North Texas pet detective helps reunite missing animals with their owners https://t.co/Bk3mJXHPDF

15 years later, McCririe-Hale says the joy of reuniting pets and their owners is "nothing short of spectacular." She says, "I don’t know anywhere else to get that. I just can’t find one other place in this world to observe or be part of, or help to bring about that kind of joy."