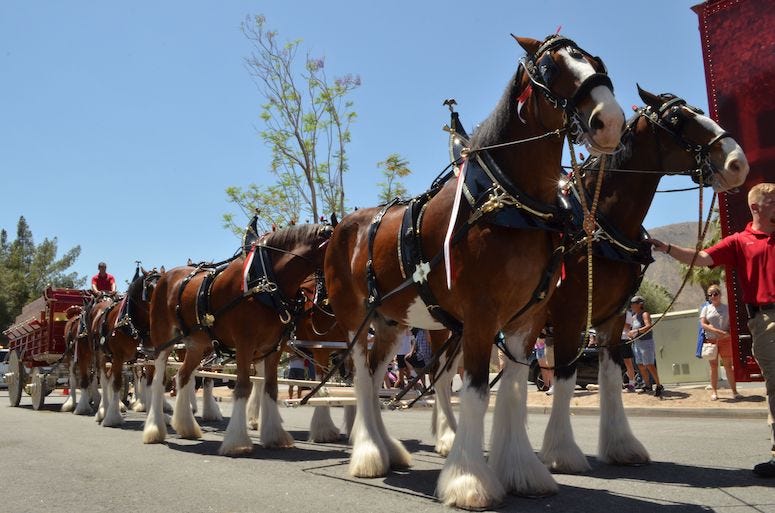 Even though Budweiser will not have a commercial in this year's Super Bowl, you will still see the iconic Clydesdale horses on your televisions.

Fellow beer company Sam Adams just released the ad they will be running during the big game, which also features Clydesdales, although these horses aren't as well behaved as Budweiser's.

The ad will only air in Boston and New York during the Super Bowl, which will be promoting Sam Adams' new “Wicked Hazy” IPA.