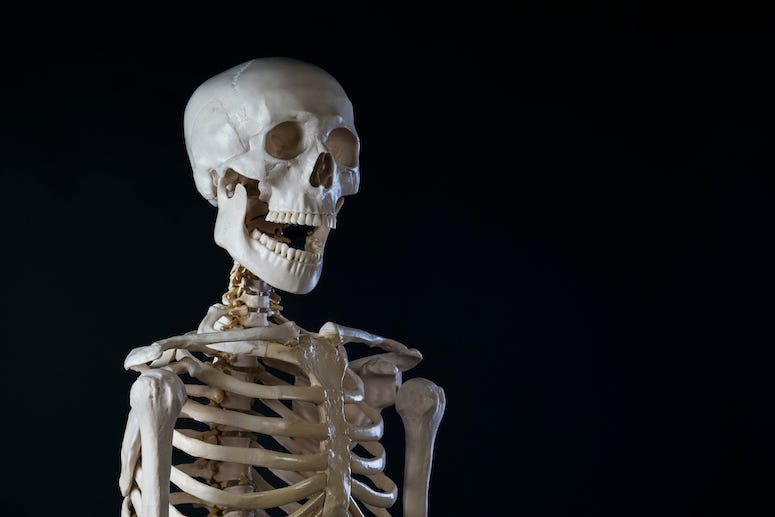 Angela Nava lives in a community in Richmond, about 40 minutes southwest of Houston.

Recently, Nava received a letter from the neighborhood's homeowner's association asking her to take down her "inappropriate" Halloween decorations. Specifically, the letter cited the decorations are "offensively positioned."

Nava explained, "It's modeled after an adult club. We just really had a good time changing the scene up every night. Every night, we change the positions of the skeletons, and it's really been just a great creative outlet for me."

And her neighbors are CERTAINLY having fun! Check out some pics below!