A deputy sheriff from Missouri had an emotional reunion with his young son after returning from deployment in Afghanistan.

Deputy Sheriff Clint Thomas surprised his boy after a four-month deployment with the United States Air Force in Afghanistan, the Morgan County Sheriff's Office said, according to Fox News.

The office posted a heartwarming video that showed Thomas surprising his son after deputies pulled over the car the boy was riding in.

“Morgan County Deputy Sheriff Clint Thomas surprises his son on a traffic stop after returning from a 4 month deployment to Bagram, Afghanistan with the United States Air Force. Welcome home Clint!,” the post was captioned.

When watching the video, Thomas can be heard saying, “Whats up, bud?”

At first, it appears the boy is stunned in silence, but then the son climbs out of the car’s window and into his dad’s arms.

While the two are reunited, the father and son hug for a long time. In the background, people can be heard cheering, “welcome home.” 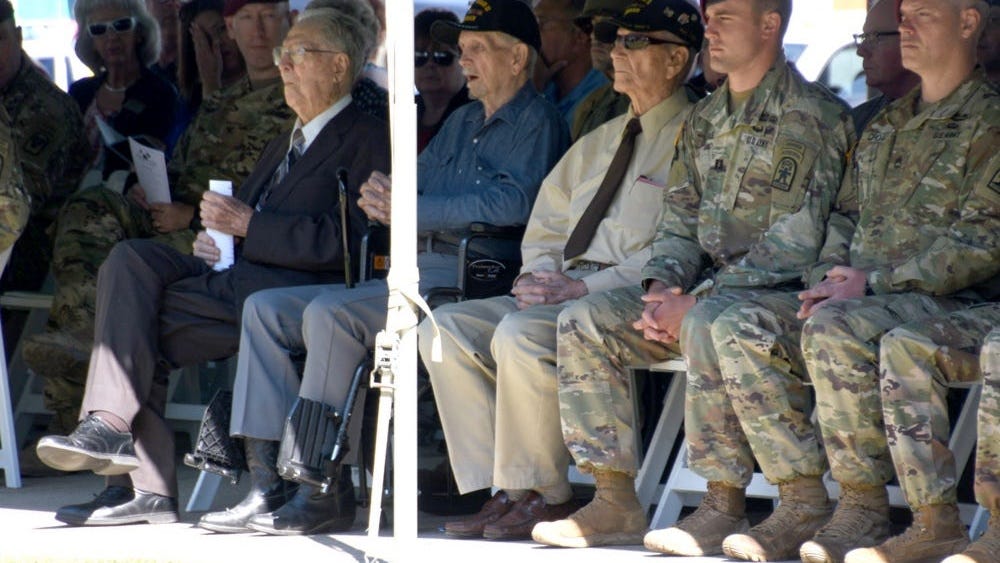 Veterans Day: How veterans feel about their federal holiday

One user commented, “I don’t know this family, but this is just AWESOME! You can really feel the love. Thank you Deputy Thomas for your service, not only to our country, but your county too!”

While another person said, “I needed this one today. Really sweet to see the young man so happy. Thank for your service, a fellow USAF Vet.”