When news broke that Tyra Banks would replace Tom Bergeron and Erin Andrews on “Dancing With the Stars,” drama circulated social media.

While some fans of the show were happy to see change, others were outraged and sent mean messages to Banks.

UsWeekly reported that critics started sharing their opinions after the season 29 premiere, with many joking that they wished they could vote her off the show instead of the dancers on the ballroom. Others did not like her hosting style and called her out for making mistakes.

With Banks receiving many negative comments, the former host of “America’s Next Top Model” is clapping back at the haters.

“Every host messes up. It’s just normal. It’s live TV. If it wasn’t live, there would be no mess-ups,” Tyra added. “Even on 'America’s Next Top Model,' I would mess up and tell my editors to leave it in. That’s what makes things human.”

She continued: “If I didn’t want to mess up, if I wanted to be perfect, I know how to do that. There’s a very clear way as a host that you just read the words and you’re perfect and you know exactly how to do that."

"But when you’re relaxed and you keep it real, the mess-ups happen. And the producer in me knows that even though somebody might be like, ‘Oh, my gosh, you’re messing up!’ it’s live, and it’s real. It’s better than being like a doll," she concluded.

Banks said her goal is to be an excellent host and executive producer while maintaining the show’s 15-year legacy. 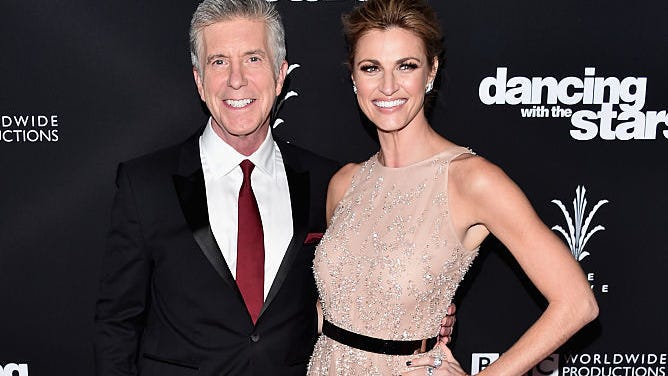 Now, as a new rotation of celebrities and dancers compete for the mirror ball trophy, a producer revealed the reason why the former hosts were replaced.

"I think it's all about evolution. I think any show like this that has been on many, many seasons needs to continue to evolve," executive producer Andrew Llinares said.

He continued, "I think changing the host was all about evolution, it was about making the show feel fresh, making it feel new [and] kind of make it reach out — maybe to a new audience as well, as well as the audience that's been there for years."

Llinares also shared that he wanted to have Tyra Banks host the show and only have one host instead of two. The producer said that he believes that it is working very well with only one host.