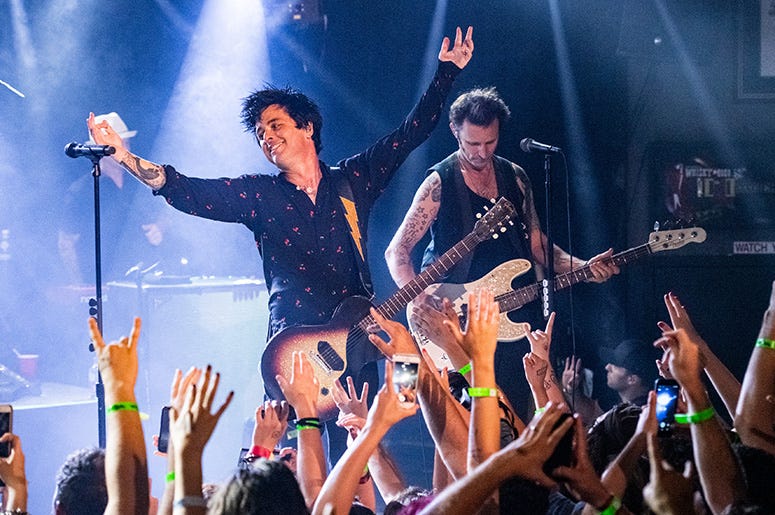 Green Day is trying to make it a little easier for Oakland voters who are cemented in voting lines on Election Day by donating up to 10,000 cups of coffee.

The politically active band posted a cheery message to voters encouraging them to “Wake up and GO VOTE!!” Bassist Mike Dirnt says the group partnered with the nonprofit food bank, World Central Kitchen, to provide coffee and snacks to voters in the Oakland area stricken by long lines.

Take a closer look at the promotional video to see Green Day’s Oakland Coffee brand stuffing boxes full of the caffeinated beans! We hope it’s their “Father Of All… Dark Roasts.”

Green Day doesn’t shy away from mixing music with political statements. Their 2004 album American Idiot served as a battle cry against the United States’ involvement in the Iraq War, and subsequent reaction to the 9/11 attacks.

More than a decade later, band members are still dissatisfied with the political system. Speaking with Rolling Stone magazine back in 2017, Armstrong expressed his opinion about President Donald Trump. “It’s like every day you’re fed a different form of bulls***,” he told the publication.

“I think that’s what people are: They’re victims of constant bulls***.”