Images from a table read of "Fast Times at Ridgemont High" show Jennifer Aniston and Brad Pitt all smiles as they reunite for what seems to be the first time since the Screen Actors Guild Awards in January.

Pitt and Aniston, who were married from 2000 to 2005, both took part in a table read of the classic '80s movie for a charity event that will air on September 17, Daily Mail reports.

Pitt rocked some longer-than-usual blonde locks and a slight beard while Aniston wore her tresses down paired with a dark, sleeveless top.

Aniston and Pitt have seemingly become friendly again since Pitt's split from Angelina Jolie in 2016. Pitt even made an unexpected appearance at Aniston's 50th birthday party last year, sending the internet into a frenzy. 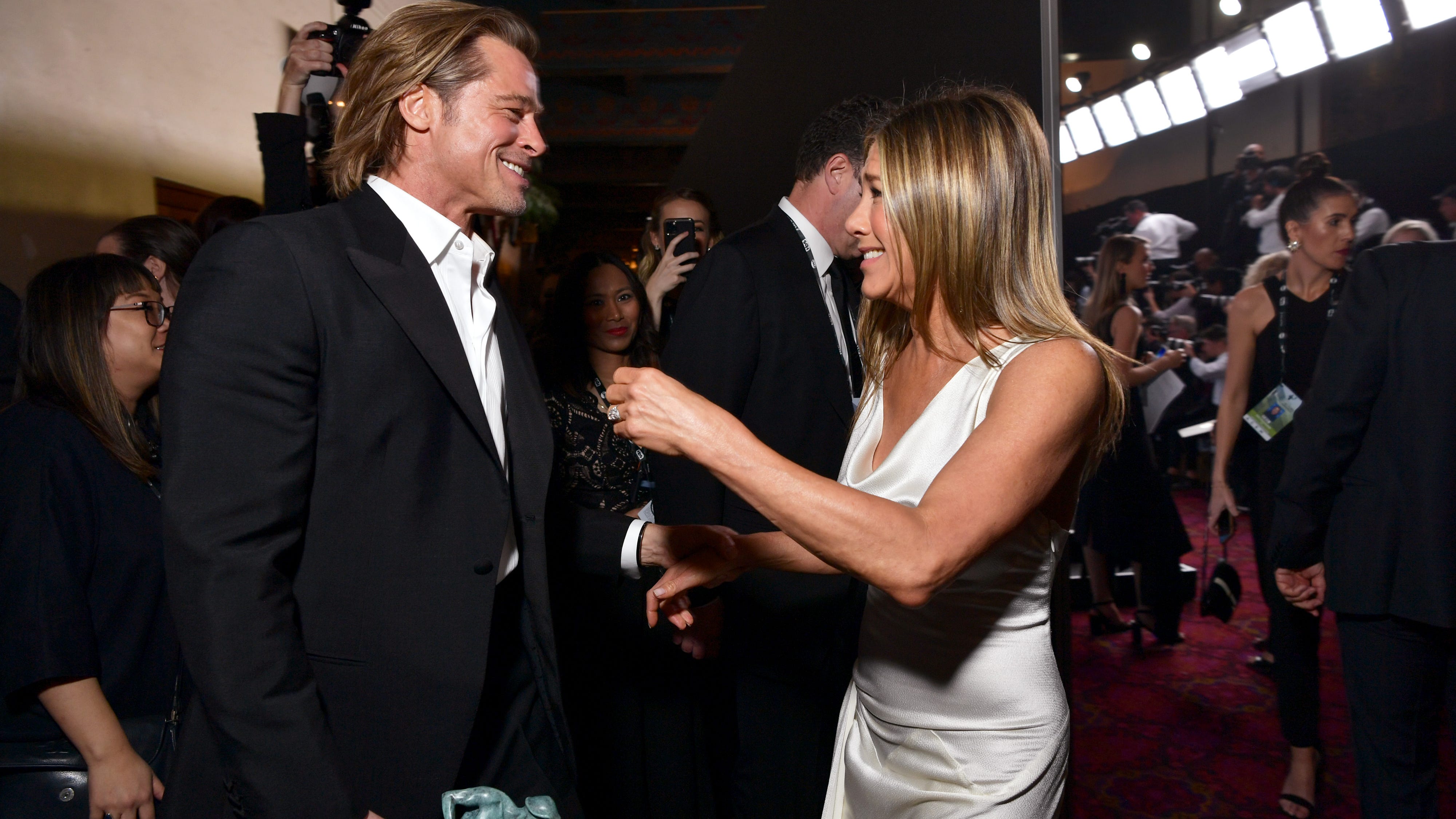 Then, in January, Pitt and Aniston were spotted exchanging pleasantries at the 2020 SAG Awards. The two appear to be going in for a hug, as Pitt holds Aniston’s wrist with one hand and his award for Outstanding Male Performance by a Male Actor in the other.