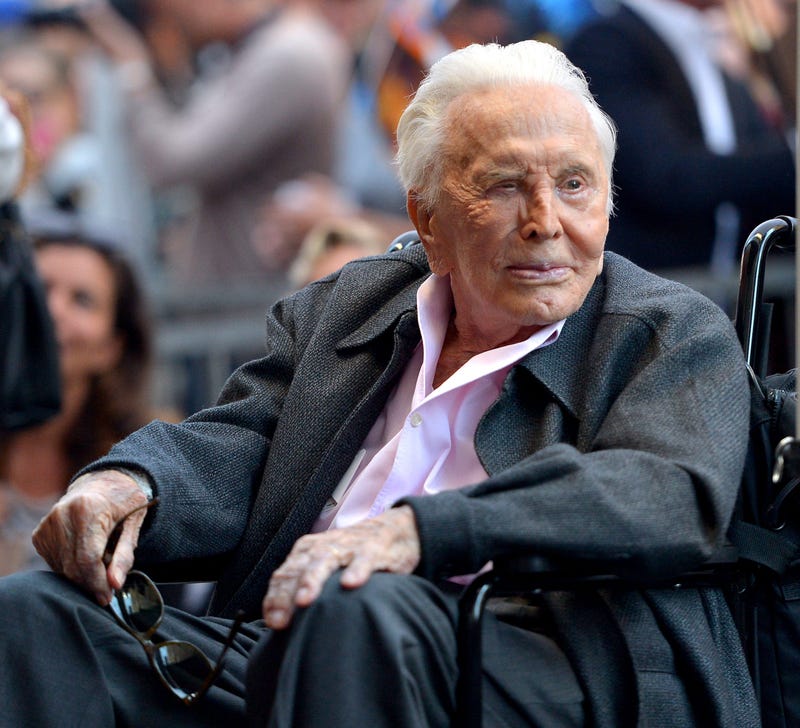 NEW YORK (1010 WINS) -- Actor Kirk Douglas died on Wednesday, according to his son, actor Michael Douglas. The Douglas patriarch was 103.

“It is with tremendous sadness that my brothers and I announce that Kirk Douglas left us today at the age of 103,” his son Michael Douglas said in a lengthy tribute. “To the world, he was a legend, an actor from the golden age of movies who lived well into his golden years, a humanitarian whose commitment to justice and the causes he believed in set a standard for all of us to aspire to.”

Aside from Michael Douglas, Kirk Douglas is survived by his wife of 65 years, Anne Buydens (pictured below in 1960), and his two other sons Joel and Eric.

Michael Douglas continued, "to me and my brothers Joel and Peter he was simply Dad, to Catherine (Zeta-Jones), a wonderful father-in-law, to his grandchildren and great grandchild their loving grandfather, and to his wife Anne, a wonderful husband.”

He further added, "“Kirk’s life was well lived, and he leaves a legacy in film that will endure for generations to come, and a history as a renowned philanthropist who worked to aid the public and bring peace to the planet,” Michael added. “Let me end with the words I told him on his last birthday and which will always remain true. Dad- I love you so much and I am so proud to be your son.” 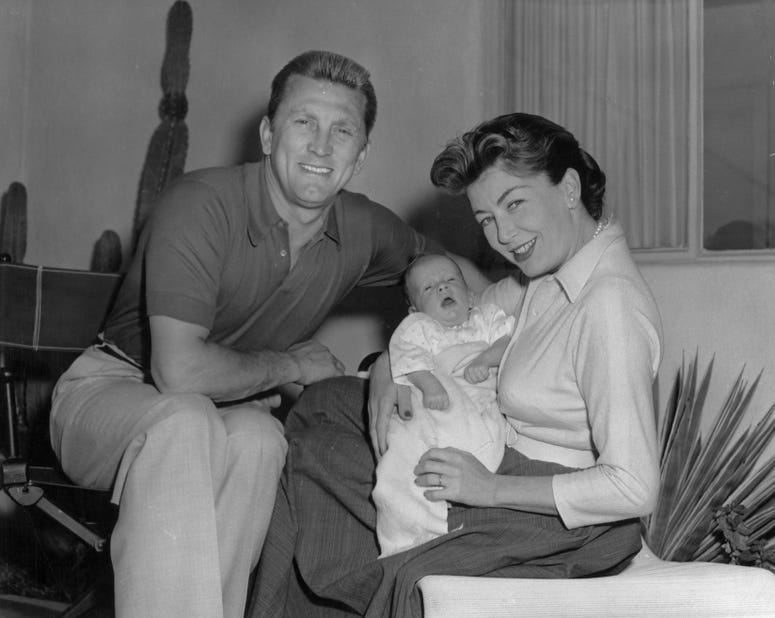 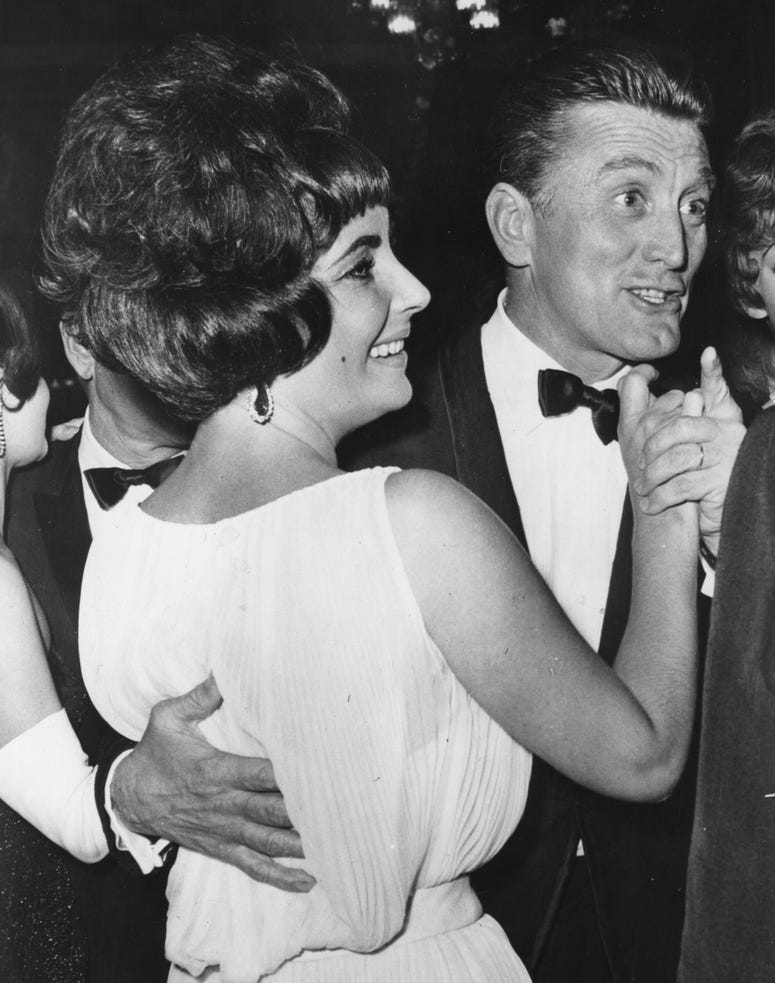 Actor William Shatner was among the first stars to react, tweeting, "Condolences to the family of Kirk Douglas. What an incredible icon he was in this industry!"

Condolences to the family of Kirk Douglas. What an incredible icon he was in this industry! 😞

Before he retired from films in 2004, Kirk Douglas had amassed over 92 acting credits, including about 80 movies.

His buddy Burt Lancaster appeared in seven of those films with Douglas.

His first Oscar nomination came in 1950 for "Champion." He was nominated again in 1953 for "The Bad and the Beautiful" and in 1957 for his role as Vincent Van Gogh for the biopic "Lust for Life."

Then fast forward to the 1996 Oscars, where he received an honorary Oscars for 50 years as a creative force in the film community.

One his most notable roles was in the 1960 film "Spartacus," which he also executive produced. 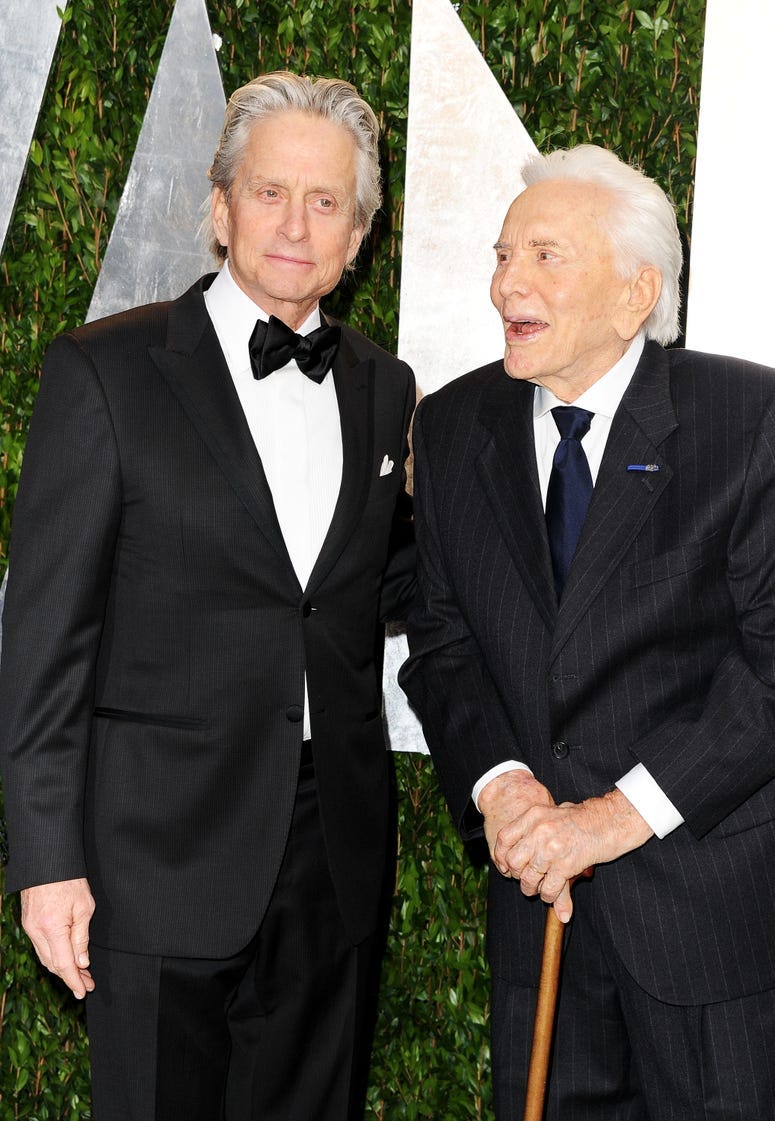 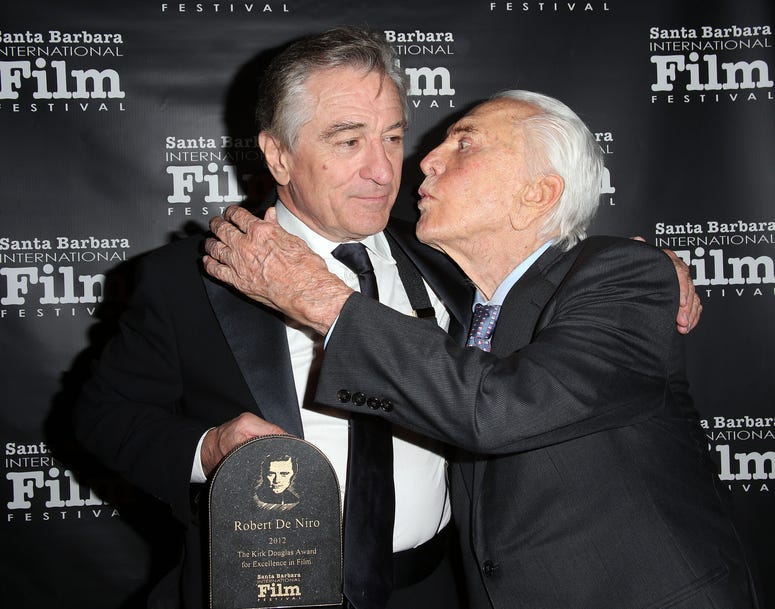 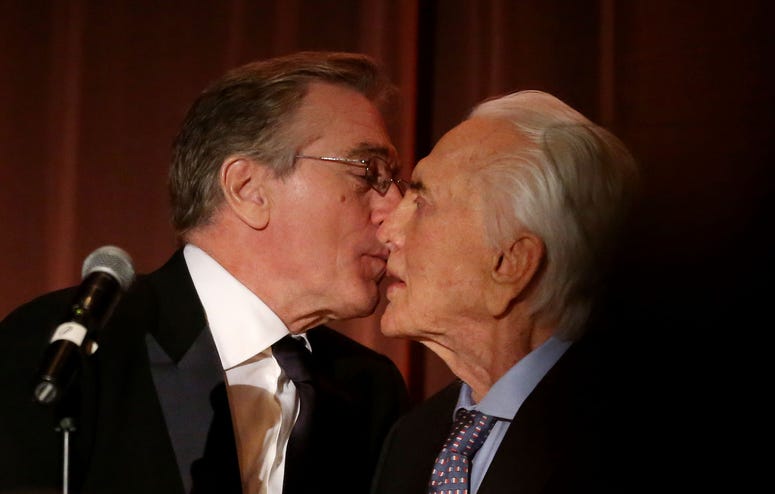