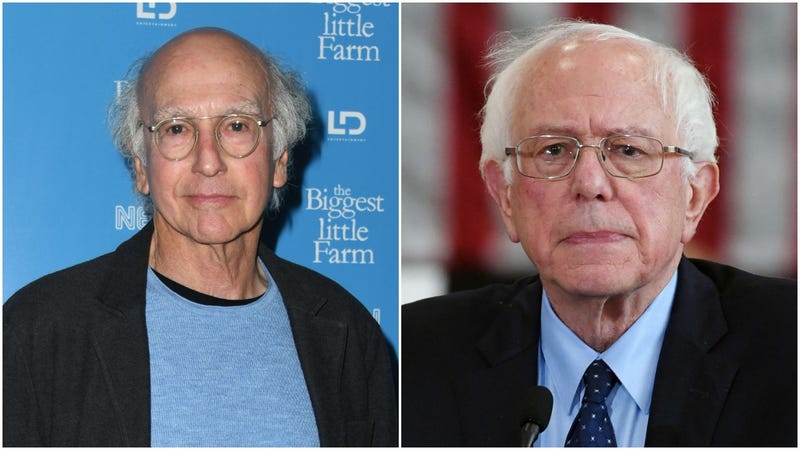 On Friday's episode of the Today Show, Al Roker introduced Larry David or wait, was it Bernie Sanders? Both the actor and the Democratic candidate hopeful appeared on the show.

Roker then explains if Sanders becomes president, David has to fly back and forth to play Sanders. The "Seinfeld" creator is known for his Sanders impression on "Saturday Night Live."

“It’ll be great for the country, terrible for me if Sanders is elected president," complains Larry. “I’ve given you a good job for four years and you’re complaining!” Sanders said.

“I feel a familial connection to him. I do.” Larry David talks about being related to @BernieSanders, the new season of #CurbYourEnthusiasm (that includes cameos from our @savannahguthrie and @hodakotb), why he hates being touched and more! pic.twitter.com/IqmiQL8rIe

"I feel a familial connection to him. I do," David said as he talked about being related to Bernie Sanders.

With the Iowa caucuses just 24 days away, Sanders was on the show to talk about his campaign. Sanders called President Donald Trump "a pathological leader" and urged Mitch McConnell to allow witnesses in Trump's impeachment trial.

Sanders' "cousin," he talked about his show and also did the weather with Roker.

Larry David helped @alroker give us the weather, and the forecast will never be the same. pic.twitter.com/unpMWUFFW9