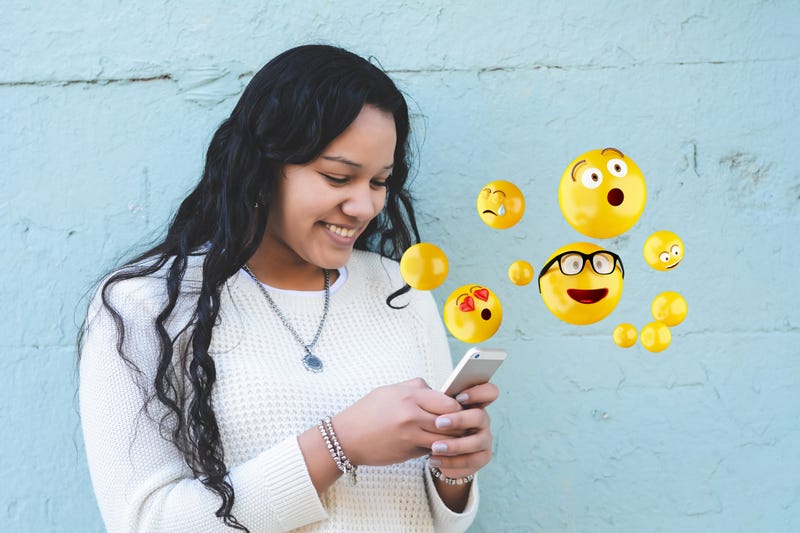 Go ahead and send that kissy face emoji.

If you express yourself using emojis, then chances are you are going on more dates and even having more sex - at least that’s what new research has found.

According to a study published in PLOS One, online daters who frequently used emoticons in their messages scored more hot dates and had more active sex lives than those who didn’t.

What does your use of emojis say about your dating life? Quite a lot, says @JustinLehmiller https://t.co/TpCxLK1ipr

Researchers with The Kinsey Institute surveyed data from over 5,300 single Americans who were between the ages of 18 and 94 and asked them if they used emojis, and if so, why. They were also asked questions about their current dating life and how sexually active they were.

Turns out only about a third regularly used emojis, but alarmingly, 2.5% said they use more than one in EVERY text. 🙄

After analyzing the data, the researchers surmised that more frequent use of emojis predicted going on more first dates as well as more frequent sexual activity.

“Our findings suggest that emoji use with potential partners is associated with maintaining connection beyond the first date, and more romantic and sexual interactions over the previous year,” the researchers said.

Some limitations of the study include the research didn’t assess what emojis people were actually sending. Perhaps the smirking face or eggplant emoji is getting a better results than say an angry face emoji. Just a hunch!

The ultimate conclusion was not necessarily about the power of sending emojis, but that people who used them more “may be better at forming connections with others.”

So text that heart eyes emoji, but if you use an emoji in every message, you might just get blocked.