A squirrel in Minnesota got drunk after snacking on an old pear that had apparently fermented.

Katy Morlock of Inver Grove Heights was working from home when she noticed a wobbly little animal outside of her window.

She posted a video that shows the tipsy squirrel beginning to tip over, then balancing itself before almost falling off the branch again.

Morlock posted the video to her YouTube page with the title, “Drunk squirrel, because…2020.”

Morlock said she had began feeding the squirrels so she could watch them through her window while she worked from home, according to KMSP-TV.

Last Friday, she was cleaning out her refrigerator and decided to give the old fruit to the squirrels after discovering pears were safe from a quick internet search, according to the local outlet.

About an hour later, she realized her mistake after one of the squirrels began struggling to keep its balance while eating in a nearby tree. 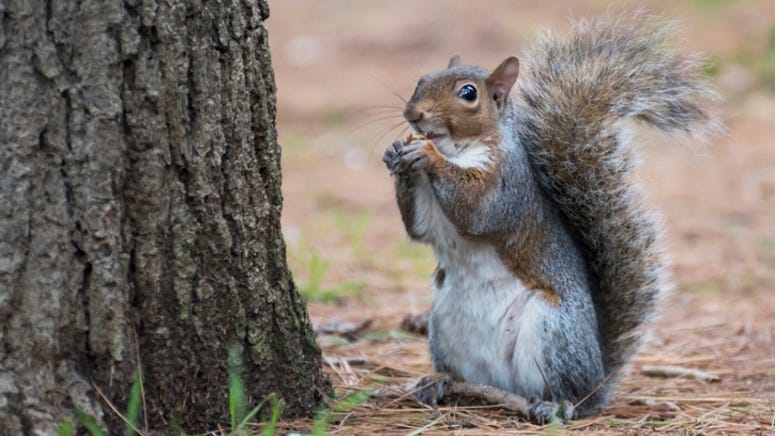 Morlock believes that the pear she left out for a snack had started to ferment, the process that turns sugar found in fruit into alcohol.

"And then it kind of dawned on me ... oh no, those pears were so old I bet they fermented," Morlok told KMSP-TV. "And then he got drunk and I did not mean to do that so I went out and I grabbed all the pears."

Morlock was relieved to find the squirrel, who she later named "Lil Red," back in good health the following day.

"In the morning, he came back for his little hangover breakfast and he's been fine ever since," she said.