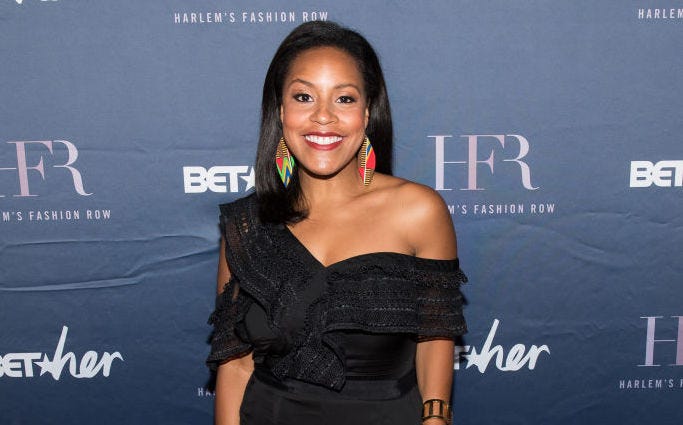 For several weeks, you will not see or hear Sheinelle Jones on your television screen.

Jones announced on 'Today' that she will be undergoing vocal surgery and will take off for several weeks to take care of her voice.

The third hour of 'Today' co-host has a lesion on one of her vocal cords that has made it hard for her to talk and makes her voice sound hoarse.

.@SheinelleJones has been battling vocal cord problems for years now, and she’ll be having surgery to fix the problem. She explains the procedure and tells us how she'll be taking some time off to recover. Get well soon, Sheinelle! pic.twitter.com/jkQeRo3JOV

Doctors told her she should expect to be out of work for about six weeks. According to Jones, she will not be able to talk or use her voice for two weeks following the surgery.

“There’s a piece of me that feels like it’s a little bit of grace,” Jones said. “Because it’s a gift to sit still and do some soul searching, do some reading, do some writing. Nobody ever tells you have permission to sit still.”

The surgery will remove the lesion on Jones’ vocal fold and take about an hour.

“When you talk, your vocal cords vibrate, and so because they’re removing it, I’m going to be on vocal rest,” Jones said. “I can’t talk because they want those cords to heal without banging into each other.”

Jones said she has been working with a speech pathologist for several years to help save her voice. In 2016, doctors found a polyp on one of her cords.

She also said that a 'Today' producer recommended her to see an ear, nose and throat doctor when they noticed she would always clear her throat before reading the news.