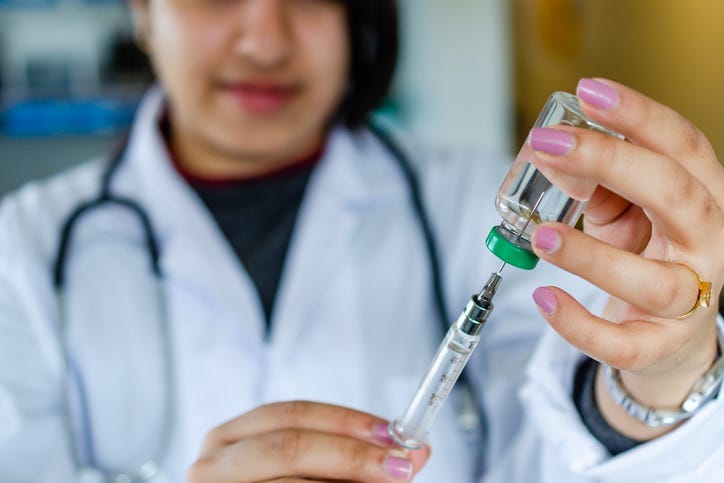 Photo credit Getty Images
By Dan Mitchinson KCBS All News 106.9FM and 740AM

An experimental coronavirus vaccine out of Oxford University is showing promise on two counts.

British researchers partnering with the drug company AstraZeneca first began testing the vaccine in April in about 1,000 people, about half of whom got the experimental vaccine. In research published Monday, scientists said their experimental vaccine produced neutralizing antibodies as well as a reaction in the body's T-cells, which help fight off the virus.

The small scale test was performed mainly to determine if the vaccine is safe, but researchers say the early result is encouraging.

But despite major efforts to develop a vaccine for the SARS-CoV-2 virus, recent polls show that as many as 50% of Americans would not get the vaccine.

Dr. Swartzberg said that there are a variety of reasons why people might hesitate to get the vaccine. Skepticism is high among Black Americans who have a history of being mistreated by the medical establishment, "specifically with the infamous Tuskegee ‘experiments’ of earlier in the 20th century."

Others may not want to be first in line.

"There will be a lot of people initially reticent. But as people start to see, 'Wow this vaccine works and nobody’s having any problems with it,' more and more people will get it," he said.

But Dr. Swartzberg does not anticipate that this will create a major barrier to slowing the spread of the virus, as the low demand could match the initial low supply. "Frankly, that’ll work out just fine. Because it’s not like once we announce we have a vaccine all of a sudden we’ll have enough for everybody in America much less everybody on the planet."

He estimates that a safe and effective vaccine could be ready by spring of 2021.