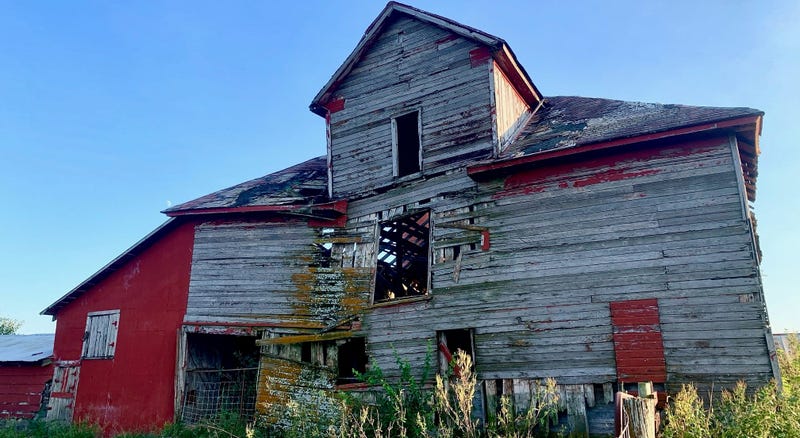 Lansing, KS - A large dairy barn that stood for more than 130 years off 4-H road is no more.  Time and decades of Midwestern weather took their toll and the old structure had to come down.

"She was a grand old barn. She was beautiful when we got her," says Mary Chadwell.

Mary is one of three sisters that now own Ryan Farm in Lansing, a small city on the Kansas side of the Kansas City Metro.  For a time it served as a dairy and the barn housed 60-70 cows, she said.  The farm has been passed down through the family.  Mary still recalls her grandfather's first livestock purchase back in the 1950s.

Heartbreaking to see this barn come down today, but honored to share its history on Kansas City’s Morning News, 98.1 KMBZ

“When we first moved here, we went out to Montrose, Colorado and shipped by railroad 25 Hereford heifers," she said.

The old barn, an immense three-story wooden structure, fell into disrepair years ago.  Its bones buckling and weakening, its iconic red paint fading season by season.

For anyone living in Lansing, the barn has always been there.  Countless wedding photos and senior pictures have used the barn standing amid the waving prairie grasses as a backdrop.

Built around 1888, the barn dates back to the early expansion of Leavenworth County.  The plats for the 'Town of Lansing' had been laid just a decade earlier.

Mary said the cost to repair the old dairy barn, to restore it to any level of safe, useful purpose, was just too expensive. So, the barn was knocked down. Demolished.

“They’re going to take some of it to the landfill," she said. "We have lots of people that, well, 'could you give us four or five pieces.'"

Mention 'old barn wood' and many people will ooh and ahh at the idea of repurposing the rustic old planks and beams.  Sturdy stuff, that old wood.

But, Mary said they contacted about a dozen people to come take the bulk of the remains of the barn off their hands.  Haul it off and put it to repurpose.

“I did have one guy that wanted to take it down and salvage it, but then his company that he sells to wasn’t buying.”

When folks around town found out the barn was being torn down, they showed up over the weekend to salvage some history.

“Running around picking things up, taking things down," Mary said. "They just had a blast finding things in the barn that they could repurpose.”

One woman picking through the barn focused in on a beam and Mary said "oh, but it might be holding something up upstairs. She just pulled it out... and we were all safe.”

A local church salvaged some boards for a wall in their sanctuary.  Other planks and bits and pieces were taken by others.  The rest was hauled off to a dump.

The barn is gone, a piece of old Kansas history vanished.

But, Mary says she's glad that a bit of it will live on, telling the history of this spot in Lansing, board by board. 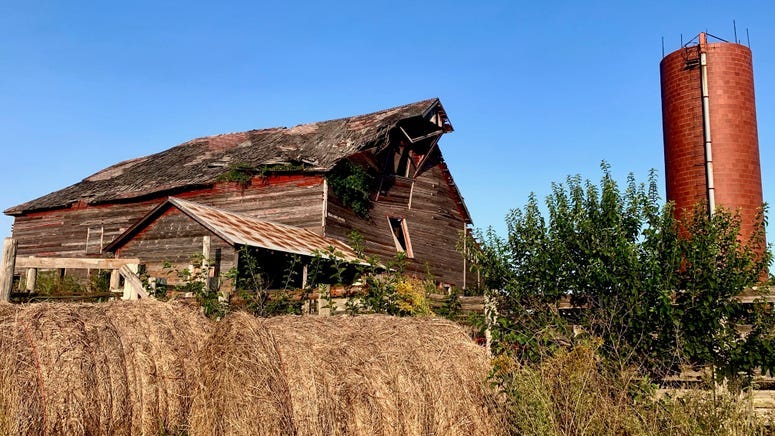