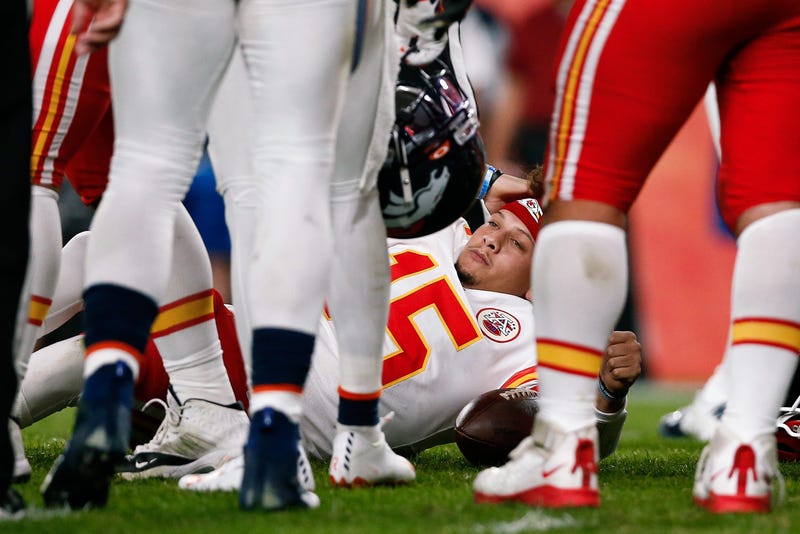 DENVER (AP) - It was a costly win for the Kansas City Chiefs over the Denver Broncos Thursday night.

The Chiefs snapped a two-game losing streak but lost quarterback sensation Patrick Mahomes, who injured his right knee in the second quarter. He was injured on a sneak. He is a big reason why Kansas City was a preseason favorite to reach its second straight AFC championship game. The Chiefs won 30-6.

Heading into the all-important MRI today, here is where it stands for #Chiefs QB Patrick Mahomes: He’s expected to be out at least three weeks with a dislocated kneecap, but there is some real optimism from those involved that he can play through the ailment after that.

Backup Matt Moore threw a 57-yard touchdown pass to Tyreek Hill and the Chiefs (5-2) had nine sacks, gave up a season-low 71 yards rushing and snapped a two-game skid in beating the Broncos (2-5) for the eighth straight time.The Chiefs even sacked punter Colby Wadman, who had nowhere to throw the ball on a failed fake punt that gave Kansas City the ball at the Broncos 38 on the drive that ended with Mahomes' injury.

The Chiefs travel to Green Bay on Oct. 27.