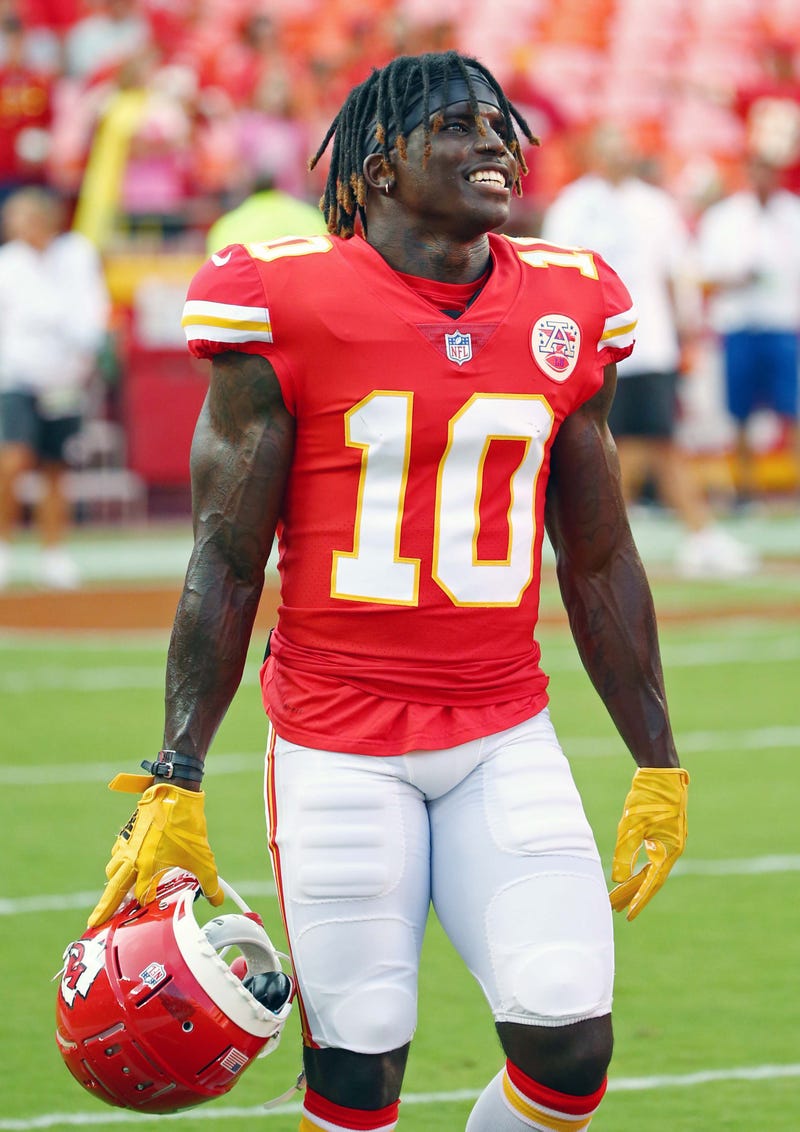 The three-year-old son of Chiefs wide receiver Tyreek Hill has been temporarily taken from him and the boy's mother.

The removal came after two reports were made in March at the home in Overland Park that Hill shares with his fiance, Crystal Espinal. One report was for battery and the other was for abuse or neglect. At some point, the little boy suffered a broken arm.

Police finished their investigation into the reports some time ago and passed the case on to the Johnson County District Attorney's Office, the Kansas City Star reported.

The Kansas Department for Children and Families is involved, but is not at liberty to comment on the case. No information has been released about the date of the boy's removal or where he was taken.

Hill and Espinal have been working with Family Court in Johnson County. The two were at the courthouse this week.