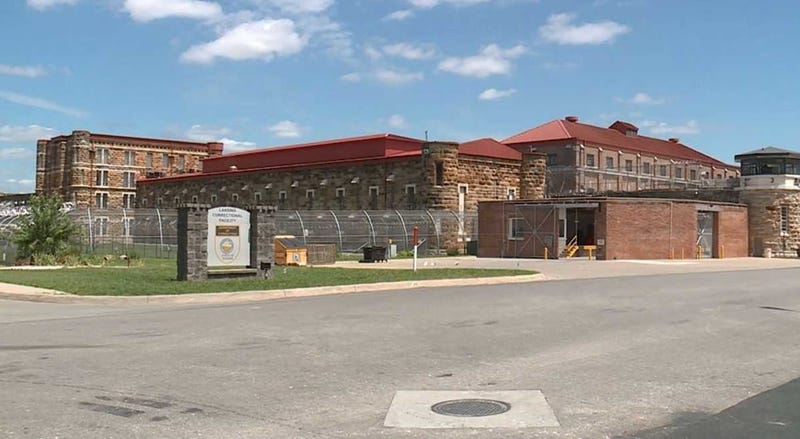 Lansing, KS - Officials with the Kansas Department of Corrections have confirmed the death of a second staff member at the Lansing Correctional Facility of COVID-19.

A statement released by KDOC said only that the employee was over the age of 50, worked as a corrections supervisor and had been employed with KDOC for nearly 20 years.

This second death comes on the heels of the first staff death at the Lansing prison earlier this week.  Corrections supervisor George "Bernie" Robare, 61, died Monday.

“This has been an extremely difficult week for our agency and staff,” KDOC Secretary Jeff Zmuda said in the statement. “We are devastated and extend our condolences to the family, friends and coworkers of this dedicated public servant.”

Nearly 90 staff members at the Lansing Correctional Facility, and nearly 700 inmates, have tested positive for the novel coronavirus.  Three inmates have also died.

Kansas City, MO -  The wife of a Lansing prison guard says she was worried her husband wouldn't survive when he tested positive for COVID-19 last month.

George "Bernie" Robare, 61, died Monday.  He worked as a corrections supervisor in Lansing and had more than 30 years of service with the Kansas Department of Corrections.  He was a former US Marine and leukemia survivor.

Robare is the first employee at the Lansing Correctional Facility to die of the virus.  Three inmates have died as well.

At least 88 employees and 694 inmates at the prison have tested positive for the novel coronavirus with most reporting no symptoms, according to Rebecca Witte, KDOC spokesperson.

“Our staff put themselves on the front lines every day, but especially during this pandemic,” KDOC Secretary Jeff Zmuda said in a statement. “We extend our deepest sympathy to his family and to those who worked alongside him for so many years. This is an extremely sad day and one that we hoped would never come.”