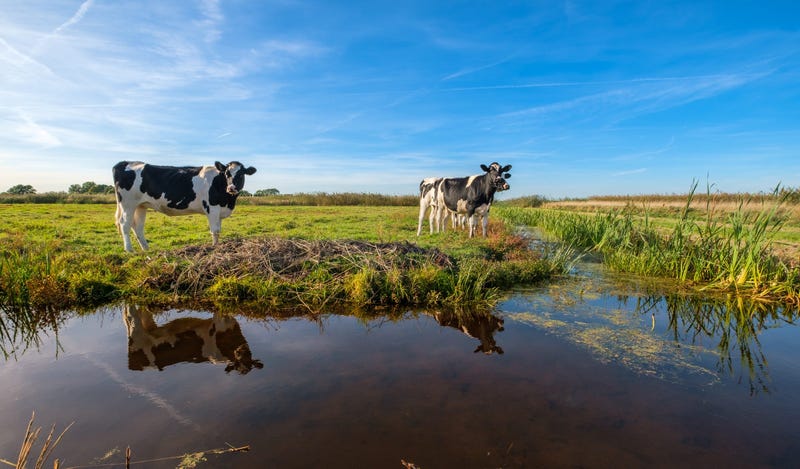 Kansas City, MO - Last week when the Trump administration rolled back the 2015 EPA on bodies of water in the U.S. Rep. Sam Graves of Missouri sent out a message on Twitter.

"I’m glad farmers and millions of rural Americans can sleep a little easier knowing WOTUS has finally been laid to rest," wrote Graves, who grew up on a farm in Tarkio.

The Waters of the United States rule, or WOTUS, was an Obama-era regulation that increased protections of wetlands and small waterways across the country. WOTUS covered everything from dry creek beds to ditches to grazing pastures, any place where water might run throughout the year. It placed millions of acres of farmland under federal regulation.

Yesterday I was proud to help announce that #WOTUS is no more—alongside agriculture leaders, business leaders & members of the Trump Administration.

I’m glad farmers and millions of rural Americans can sleep a little easier knowing WOTUS has finally been laid to rest. pic.twitter.com/RDD5cOqPzy

The 2015 rules were an extension of the Clean Water Act, which was originally passed in 1972, said Ryan Flickner, senior director of advocacy for the Kansas Farm Bureau.

"They all get caught up under the 2015 rule and basically, everything became federal in nature, which is not the way to regulate," Flickner said.

Even with the recent rollback, most U.S. waterways remain regulated. Smaller cases would be under the control of the states.

"It's not that this is not an unregulated piece of land or body of water, it's just that we believe those folks and those experts in Topeka, Kansas probably know Kansas better than somebody in Washington D.C. does," Flickner said.

Flickner says a large portion of Kansas fell under the 2015 regulations, which caused issues for farmers and ranchers who sought federal grants to work on their land.