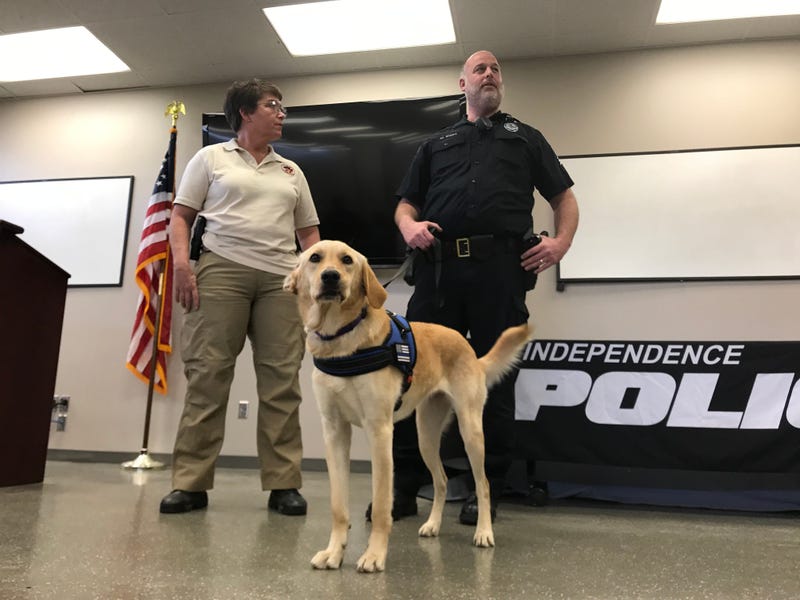 The dog, donated by the nonprofit K9s For Freedom & Independence of Texas, is aimed at improving the psychological well-being of the employees at the police department, as well as the public.

"It just helps because the endorphins that are set off by just by petting a dog because you're in a stressful situation helps you to release," says Janeen Baggette, CEO and founder of the nonprofit.

Josie will work with the department's peer support program, put in place to come alongside department employees with confidential, reassuring, emotional, and tangible support, explains Chaplin and former detective,Virgil Garner.

Josie's partner is Sargent Shull, who's the supervisor of 10 school resource officers, so Josie will be visiting the schools as well.

"You’ve got a higher percentage of getting better and more detailed information with a dog in the room because it distracts the person from actually thinking about, 'I’m talking to a detective,'" Baggette said.

Josie isn't the only K9 to join the Police Department.