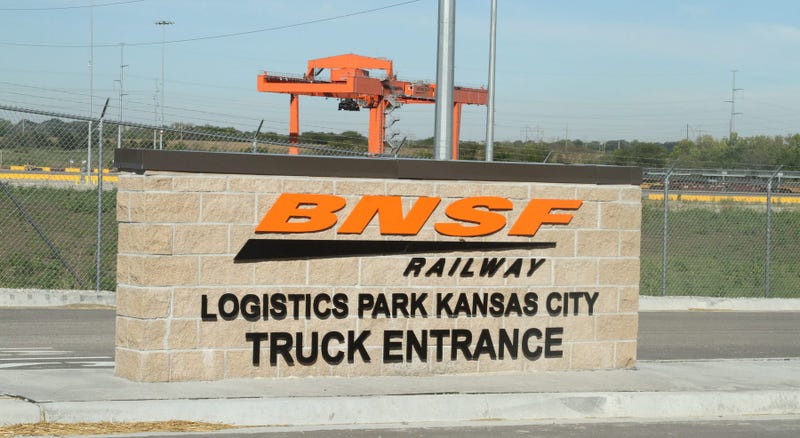 Edgerton, KS - It's like ocean front property in Edgerton, Kansas.

That's how CNBC featured Logistics Park Kansas City, this week as part of its 2019 Top States for Business special report. Part of the 13-million square foot industrial park is a port that sits on 3,000 acres of prairie, shipping goods across the country and around the world. Edgerton Mayor Donald Roberts says it's about the pace and the growth that puts them on top.

"Ultimately it's about Edgerton and infrastructure and public/private partnership. So, we have partnered with the developer to help build the infrastructure needed for the development to happen around it," explains Mayor Roberts.

The growth since 2013 has been expediential. According to Mayor Roberts, In the last six years, LPKC has gone from zero square foot to almost thirteen-million square feet.

The project is a public private partnership between the state and local government, BNSF Railway and North Point Development. The tax revenue generated from the park goes to support roads, parks and other community amenities.

"We did our first park renovation in 40 years. We have a small town in Kansas that had gravel roads prior. We paved 50% of our roads, and now we have all paved roads," says Mayor Roberts.

Mayor Roberts says Edgerton, a town of 1,700 people, has gone from very few jobs to about 4,200 jobs today.