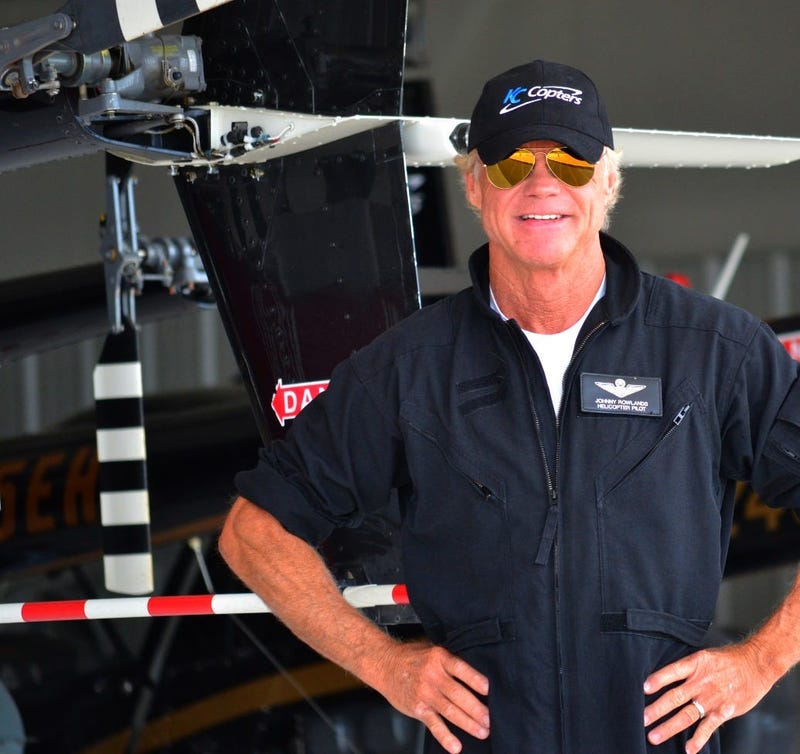 Kansas City, MO - Johnny Rowlands came out of the womb loving aviation and weather. When he was just six years old, playing on the playground of Highlands grade school, he would explain to the other children the directions of the clouds and warn them of an impending tornado.

He didn't know what he was talking about then, but it didn't stop him from trying. Johnny, along with his best friend, created their own radio station, WBW: Worlds Best Weatherman. He used his fathers PA system, attached speakers to the roof of the house, and broadcast the weather for all the neighbors to hear.

Johnny's head remained in the clouds with dreams of becoming a pilot when he grew up. At 17 years old, his parents provided him with flying lessons. That's when he discovered some bad news. Johnny had 20/40 vision in his left eye, preventing him from flying as an airline pilot.

"As may years as I could remember that's all I ever wanted to do, was to be an airline pilot. I was kind of rudderless after that," explains Johnny.

A friend encouraged Johnny to go to college with him, and signing up at the last minute, he enrolled at Baker University. It was there that he tried his hand at broadcasting again, this time reporting the weather for the college radio station, eventually landing him a job as a DJ.

Johnny hadn't given up on his dream of flying, however, obtaining his private pilot license, he flew as a hobby during the day and worked as a DJ at night. He had an idea of combining the two and pitched the idea to KMBZ, landing him the job in 1984. Johnny eventually got his helicopter license and began working for both radio and television news.

The dream of combining weather and aviation collided together for Johnny on May 4th, 2003. That's the day Johnny chased a tornado, in a helicopter, live on television.

"I chase tornadoes in a helicopter," says Johnny. "Does it get any better than that?"

For Johnny, that's the moment in his career where he felt he was fulfilling a worthy purpose. "It's an opportunity to help save lives," he explains.

Johnny says his dream evolved over time. It may have started out simply as being an airline pilot, but so many factors along the way created twists and turns that set him on the right path. Getting fired from a job he thought he'd always wanted was one of the best things that could've happened, according to Johnny.

"It's really weird to think how close you come, so many times in your life, to your life taking a completely different turn, and then you look back and go, oh my God, what if...," says Johnny.

He says you never know where your next opportunity lies. His success has be a combination of hard work, numerous connections, and at times, just plain old luck, but Johnny says he never turned down an opportunity, and he believes he's right where he's supposed to be.