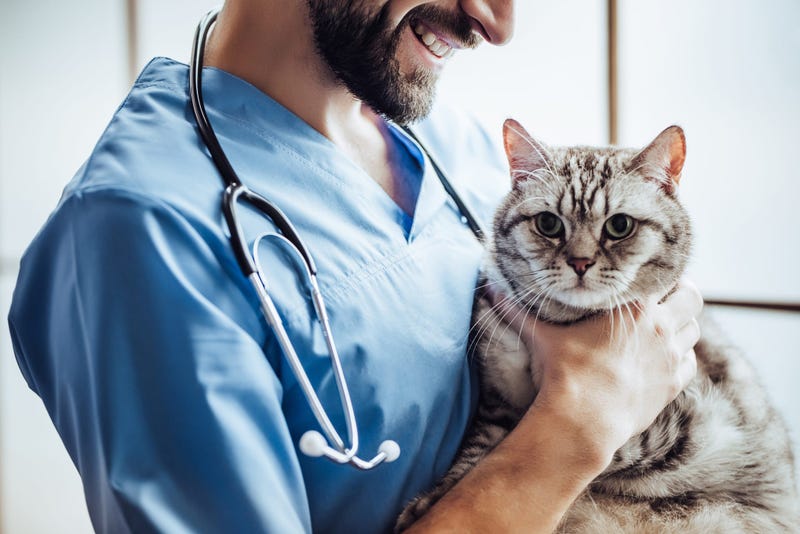 Riverside, MO - Mathew Silvius is a veterinarian and owner of Eagle Animal Hospital. He grew up on a farm, just 30 minutes North of Kansas City, and was always surrounded by animals, but it was the challenge of becoming a vet that inspired him to go for it. He says once he figured out how difficult it was to get into the profession, it inspired him to take it on.

Coming from a small rural town was a bit of a set back when it came to education, and it made the process of getting into vet school more difficult. Silvius credits his support system for taking him to the next level.

"Growing up in a community that was very supportive and always being on different sports teams and different activities, and just learning to compete with myself and trying to get the best out of myself always, I think is what drove me to take those leaps and take those risks," explains Silvius.

He says he doubted himself all the way through vet school, but when he landed his first job, he decided he was never going to doubt himself again. In the beginning, Silvius says it was all about how many pets he could help and he wanted to be the best doctor he could be. As the practice grew, the focus shifted to how many families he could help and providing the highest quality of care.

Eagle Animal Hospital has now developed a new company of virtual vets. It allows pet owners to communicate over a video platform and speak with a veterinarian over video feed. Silvius says it's perfect for those who don't have easy access to a vet.

They've recently partnered with a tech company called Scollar that features a wearable technology for your pet that communicates live data in real time, where a vet can actually check your pets vitals.

Silvius explains the most challenging part of the job isn't working with pets, it's actually working with people. He says it can be the best aspect and the hardest aspect all in one. He goes on to explain, the harder aspect is communicating with owners in difficult situations.

He says there's one thing he wants pet owners to know, "I think their veterinarian has their best interest at heart. Sometimes we make hard decisions and hard recommendations for people, but it's because we care. We got into the profession because we care and we do it every single day because we care."

The best part of the job, according to Silvius, is being able to save a pet and bring it back to their family. He says there was one particular patient that stands out. A great pyrenees, named Rowley was attacked by two dogs, requiring skin grafts and transplants. He says the staff had to be creative to get him better. It was a committed owner and a committed staff that got Rowley back to 100%.

One thing that's not often discussed is the emotional trauma that veterinarians often face. With PTSD like symptoms, compassion fatigue is real, and Silvius recommends establishing a network outside of the practice to help cope. He says in the profession they're all invested emotionally. He impresses how important it is to step back and realize your life is more than just being a veterinarian.

Silvius says the key to achieving your dreams is making up your mind about what you want to do, and to just keep moving forward. He says as cheesy as it sounds, "You can be whatever you want to be. Don't let anyone stand in front of your dreams. Have a very clear path and idea of a goal that you want to accomplish. It's going to be up to you to push through and succeed."