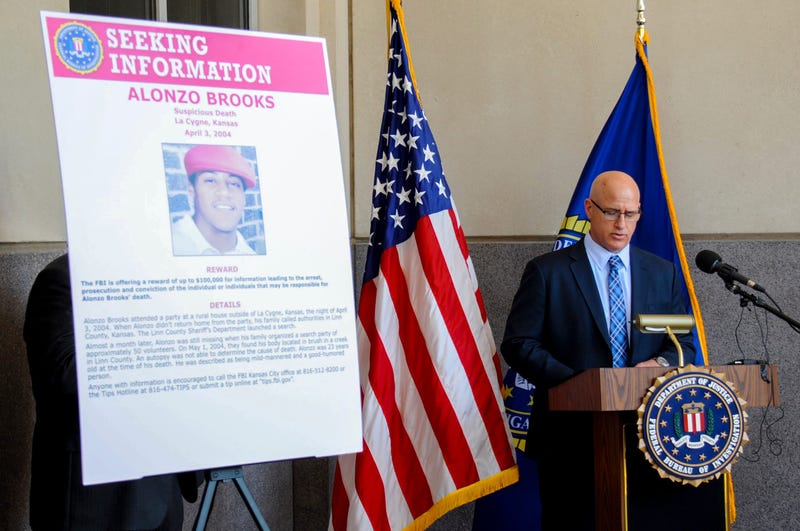 Kansas City, KS - The FBI and the U.S. Attorney for Kansas announced Thursday that a $100,000 reward is being offered for information that leads to an arrest and conviction in the death of Alonzo Brooks, who died in 2004.

The FBI is investigating whether Brooks was the victim of a racially motivated murder, said U.S. Attorney Stephen McAllister in a statement.  An autopsy did not point to a certain cause of death.

Alonzo, who was 23 at the time, left to go to a bonfire and going away party for an acquaintance who was leaving for the military. It was a chilly night in April.

Maria Ramirez still talks about her late son in the present tense. She remembers him as a good-natured prankster who enjoyed playing dominoes and football.

"He used to get behind me and just mess my hair up, and I used to get so mad at him once I had my hair fixed," Ramirez said. "When I feel like my hair's being moved or even when the wind moves it, I figure it's him doing it."

Today Special Agent in Charge Timothy Langan & @USAO_Kansas announced a $100,000 reward for info leading to the arrest and conviction of anyone responsible for the death of Alonzo Brooks. To report, call 816-474-TIPS or online at https://t.co/49eEgggFOb. https://t.co/mVSkUBzCzE pic.twitter.com/HHDYR95gZs