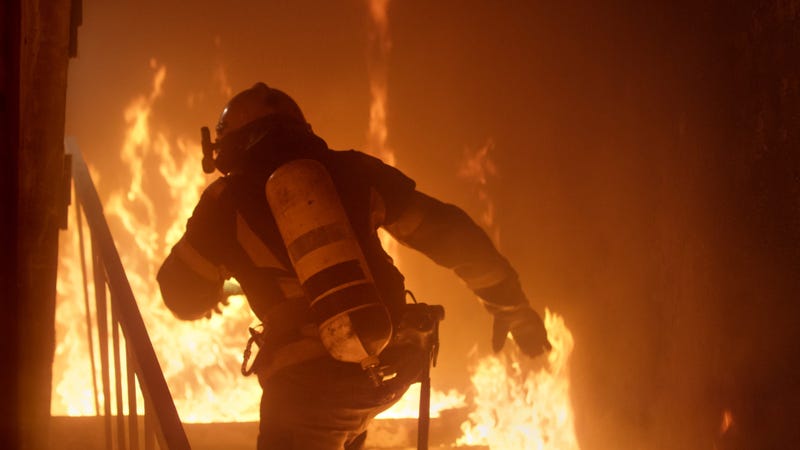 On Sunday, Chuck McCormick, 30, fell through the floor of a home on South Deer Run Road, just north of 227th Street.

"The guys are very solemn there at the fire scene," said Ron Graham, Grandview Fire Chief. "They've lost one of their brothers."

Our hearts go out to the family, friends, and co-workers of the fallen firefighter from West Peculiar. pic.twitter.com/Zebn59XJiq

McCormick joined the department only weeks before his death. He leaves behind a wife and three young children.

There was no obvious indication the floor was weak enough to give way, said Graham.

"It's one of those types of fires that you don't think necessarily you're going to have a problem," Graham said.

No other injuries were reported in the fire.