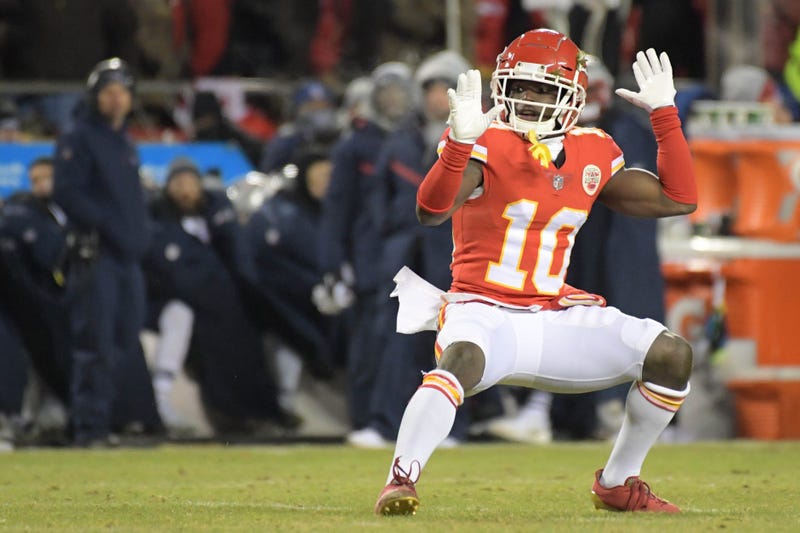 The Johnson County district attorney has reopened the criminal investigation into the conduct of Tyreek Hill and his fiance Crystal Espinal in regards to their three-year-old son.  This comes just two days after DA Steve Howe said he would not be filing charges in the case, despite believing a crime had occured.

The reopening of the case was prompted by a just-released audio recording of a conversation between Hill and Espinal.

Veach was reacting to the release of audio recordings by KCTV 5 that appears to capture Hill threatening his fiancee.

Crystal Espinal os apparently heard telling Hill that their three-year-old son is terrified of him, while accusing Hill of breaking the boy's arm. Then the man in the recording says "You need to be terrified of me, too," adding an expletive.

Hill denies harming the boy on the recording, but says Espinal also mistreated their son, while Espinal suggests she had previously covered for Hill.

Wednesday morning Hill said in a written statement that his son's health and happiness is his number one priority, the day after, the county prosecutor said he was not charging the couple following a child abuse investigation.