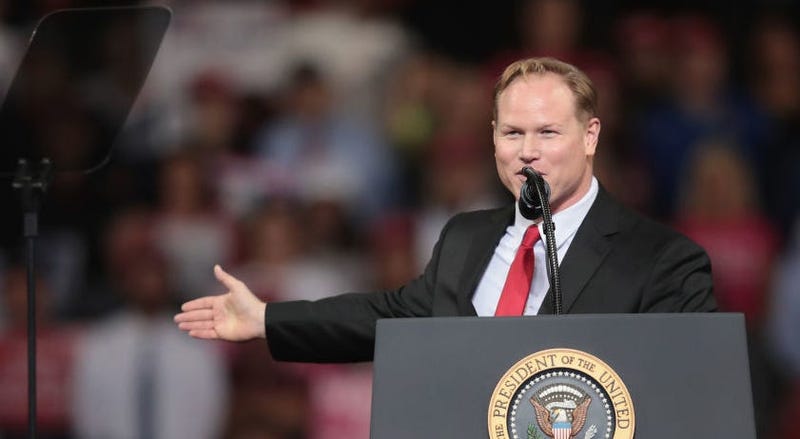 District Attorney Michael Kagay said Tuesday that Watkins is charged with interference with law enforcement, providing false information; voting without being qualified; unlawful advance voting; and failing to notify the DMV of a change of address.

The first three charges are felonies, and the fourth is a misdemeanor.

Kagay said the charges relate to the 2019 local election.

Watkins responded when asked about the charges Tuesday during a debate in Topeka:

"This is clearly hyper-political. It comes out moments before our first debate and three weeks before the election. I haven't done anything wrong. As soon as I realized that I had put our mailing address instead of my physical address we fixed it. This is very suspicious, seems highly political, we've cooperated with the district attorney completely. I haven't seen the charges. I simply know that I look forward to clearing my name. I've done nothing wrong and look forward to setting the record straight."

The congressman listed 6021 SW 29th St. in Topeka on voting records, casting an advance ballot for November's Topeka city elections. The address is for a mailbox at a UPS store near 29th Street and Wanamaker Road. Watkins' address is in a Topeka apartment complex.

Federal law is broad about where a congressman can live. But several of the voting documents Watkins signed warn against submitting false information. It could be considered perjury.

The Shawnee County Sheriff's Office is handling the investigation.