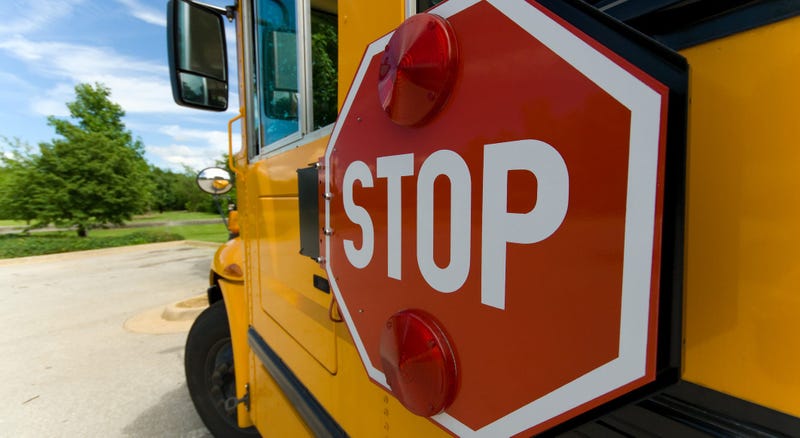 Lucas and KCMO Health Department Director Dr. Rex Archer advised that schools in KCMO start after Labor Day and no earlier than Tuesday, Sept. 8 to align with schools across the state line in Kansas.

“That is a recommendation rather than a mandate,” Lucas said. “We'll leave it to school leadership -- our public schools, charter schools, parochial schools, and all schools with buildings in Kansas City, Missouri -- to do what's best for them and their students, but we would make that recommendation.”

KCMO Mayor Quinton Lucas recommending a delay to the start of school in #KansasCity until after #LaborDay. #COVID19

“Our second recommendation is as schools are organizing both their classrooms and their facilities, they recognize that the rate of infection, the risk of infection increases by age, so that we're social distancing is available for things like seniors and juniors in high school,” Lucas said.

“It's better for us to make sure we're using either better social distancing, virtual classroom environments, etc. Whereas with younger children, the risk of infection has found has been found to be lower. And so, in those situations, we think a return to regular classroom instruction or at least as regular as it can be, is something that we can see sooner.”

The recommendations from Lucas and Archer comes one day after Kansas City Public Schools announced it was adjusting its reopening plans after the district said health officials advised against in-person classes during a Zoom call with superintendents last Friday.

KCPS Superintendent Mark Bedell said in an email Monday to families that the change was the result of coronavirus cases “rising rapidly in our region.”

“We have been in ongoing communication with health officials and have received guidance from multiple health agencies,” Bedell wrote on Monday. “While we are still in the midst of a pandemic, we are using the best advice and guidance available so that we can offer the best learning environment for our students in a safe and responsible manner.

“We had been preparing to release our reopening plans with you today. However, the Kansas City Health Department issued new and updated guidance stating that in-person school was not advised in Kansas City. This update is prompting us to change direction.”

Other school districts in KCMO said Monday they were waiting to learn more from the city and still trying to formulate their own plans.

“Parents also asked us about the Kansas City Public Schools’ decision to move away from in-person learning for the start of school for their district,” Park Hill School District Superintendent Jeanette Cowherd wrote in a letter to parents. “This is always on the table in Park Hill, as the situation keeps changing rapidly, but for now, the data is different in Platte County, and we are moving forward with our reopening plans.”

A spokesperson with the Liberty School District said they are having conversations with local health officials and neighboring school districts, but at this point there were no news to report on potential changes to their back-to-school plan.

However, Liberty schools are giving parents the option of enrolling students in-person classes or virtual learning from home. This goes for elementary, middle school and high school students. A spokesperson with the Center School District said they’re exploring all options for returning to school.

“At this time, we are monitoring numbers, working with public health officials and government agencies to determine the best course of action,” the spokesperson said. “As we explore, we are looking at options that may include starting after the already slated first day of school August 24, 2020, and potentially looking at more virtual options for all students. We will continue to navigate the fluid situation and share more information as it becomes available.”

A spokesperson with Grandview Schools said they have not released their back-to-school plan yet, but they will “continue to follow the guidance of public health officials.” The same is true for Raytown Schools, who will issue more details of their plans shortly.

Meanwhile, the Hickman Mills School District said they had already advised parents and staff that they are likely to start the school year with distance and virtual learning due to the rising cases of COVID-19 in the city, particularly among the minority community.