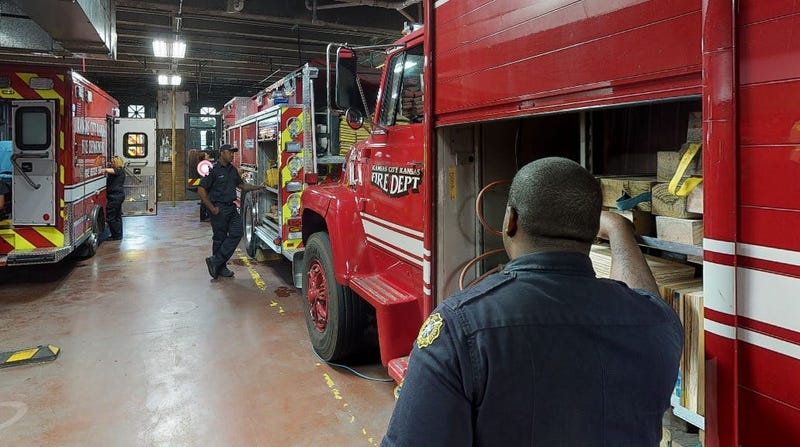 Kansas City, KS - Unified Government Commissioners in Wyandotte County have been told some of the fire stations are not livable.

Fifteen of the 18 fire stations in the county do not meet the city's codes, according to the International Association of Fire Fighters Local 64, which delivered the report to the commission's public safety committee.

Animals are reportedly living in an attic in a station at 51st Street and Gibbs Road.

The problem has worsened in the past few months, said Bob Wing, IAFF local business manager.

"We have identified mold in several stations," Wing said. "One station specifically has some structural problems where, without exaggeration, the roof could cave in on it."

If the stations were private residences, code inspectors would already have boarded them up, Wing said.

The union expects its concerns to be presented before the full county commission soon.

"These are city buildings where people live in them 24/7, and frankly, nothing's being done," Wing said.

sports
Texans working on contract to make David Culley head coach: report
news
Man, mail carriers stole stimulus checks to convert into cash: Feds
news
Bastian the dog can 'talk' to his owner using more than 50 words
music
Morgan Freeman offering to prank call your friends for charity
news
Mission to save injured goose on river ends when it's discovered it was actually a decoy
news
Is the coronavirus vaccine safe for pregnant women?