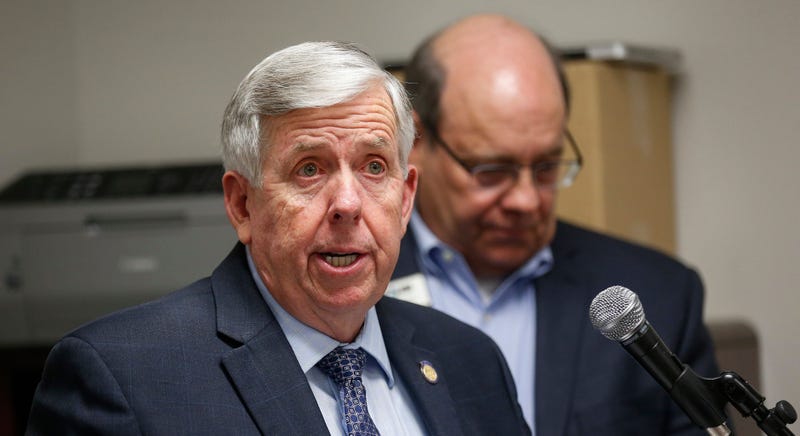 Missouri's Republican-led Legislature has approved a ban on abortions at eight weeks of pregnancy, and GOP Gov. Mike Parson is expected to sign it.

The proposed ban allows exceptions only in medical emergencies, not cases of rape or incest.

The Missouri legislation comes after Alabama's governor signed a bill Wednesday making performing an abortion a felony in nearly all cases.

Kentucky, Mississippi, Ohio and Georgia have approved bans on abortion once a fetal heartbeat is detected, which can occur in about the sixth week of pregnancy.

Missouri lawmakers appear to be on the verge of passing a strict abortion bill.

The Senate passed the bill early Thursday. House representatitives are scheduled to debate on Friday. Republicans dominate the legislature in Jefferson City. Gov. Mike Parson has signaled his support of the bill.

The bill would abortions from the eighth week of pregnancy onward, with exceptions for medical emergencies.

The most controversial component of the bill is that it does not provide exceptions for cases of rape or incest.

"In those situations we don't believe one injustice should cause two," said Rep. Nick Schroer (R-O'Fallon), one of the bill's sponsors. "We don't want to make two victims out of one crime, so to speak."

BATTLE OVER ABORTION: The Missouri Senate has become the latest state legislature to pass a restrictive abortion bill, with even some conservatives concerned and the issue perhaps on a track for the Supreme Court. @MaryKBruce reports. https://t.co/G7LfpmTVcL pic.twitter.com/WFfKeLPUH5